Iran says the US decision to impose sanctions on the country's supreme leader and other top officials, permanently closes the path to diplomacy. 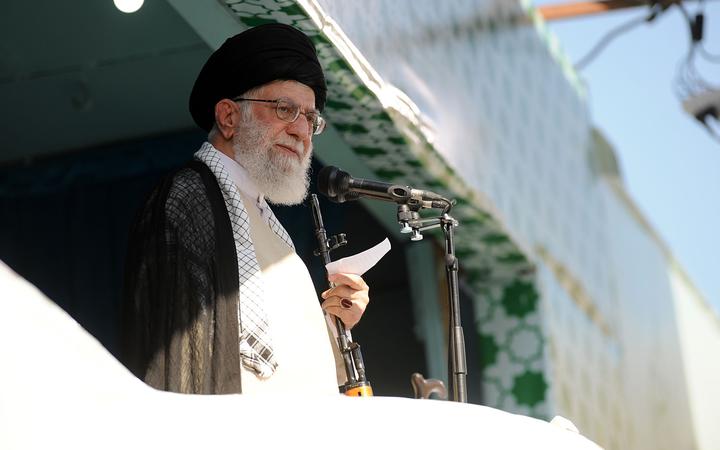 It said he is ultimately responsible for what it called Tehran's hostile conduct.

Iran's Foreign Ministry spokesperson Abbas Mousavi has tweeted that the sanctions mean the path to diplomacy is closed and Donald Trump's administration is destroying established international mechanisms for maintaining world peace and security.

A fresh fundraising drive for sacked Australia fullback Israel Folau raised more than A$650,000 in donations on Tuesday, just hours after it was launched by the Australian Christian Lobby.

Folau's GoFundMe page to raise money to fund his legal challenge against Rugby Australia was shut down yesterday by GoFundMe.

It had raised about A$750,000 and GoFundMe said it would be refunded to donors.

Folau is seeking to raise A$3 million.

Boris Johnson, the frontrunner in the race to become Britain's next Prime Minister and Tory Party leader, is continuing to refuse to answer questions about a late-night argument with his girlfriend.

The police were called to his London flat by neighbours after they heard shouting and plates being smashed.

Mr Johnson said it was "simply unfair" to "drag" loved ones into the political arena.

The United States has relocated almost 250 migrant children away from a dirty, overcrowded border patrol station in Texas, where they had been held for weeks.

Lawyers had raised their concerns after being given access to the Clint station near El Paso.

They saw toddlers without nappies being cared for by other children. There was also a lack of adequate food.

An unprecedented heatwave is expected to hit France this week, with temperatures rising up to 40C.

The last time the country experienced exceptionally warm summer weather was in 2003, when the heat was blamed for the deaths of about 15,000 people.

In Paris, forecasters have issued an orange weather alert - the second highest warning.

Other parts of Europe are also expected to swelter in record-breaking temperatures due to a hot air current coming from Africa's Sahara Desert.

The Duke and Duchess of Sussex's country residence, close to Windsor Castle, underwent major work to turn five properties back into a single home for the pair and their baby son Archie.

All fittings and fixtures were privately paid for by the couple.