A Texas bartender who served a man the night he shot his estranged wife and seven others in 2017 has been charged with criminal negligence. 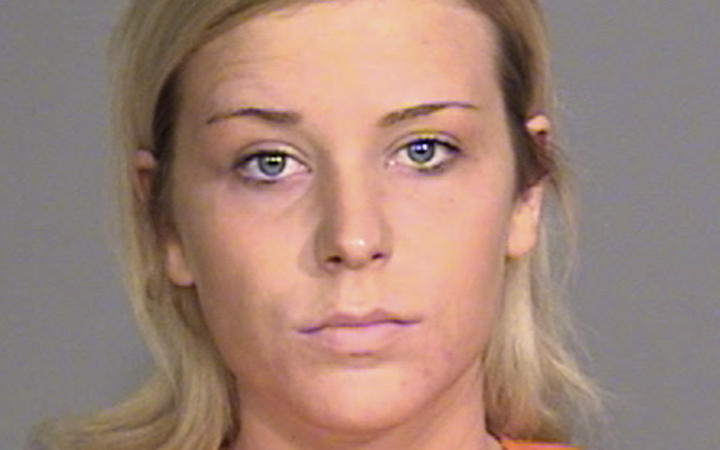 Lindsey Glass was arrested in Plano last month, accused of violating a state alcohol law by selling to "an intoxicated or insane person".

Authorities say Ms Glass should have known to stop serving Spencer Hight as he appeared drunk and armed.

Hight attacked his ex-wife, Meredith, and seven of their friends at his former home in Plano on 10 September 2017, while the group was watching an American football game. He was later killed in a shootout with officers.

An autopsy found Hight's blood alcohol level was over four times the legal limit. Police said he had been drinking at the Local Public House, where Ms Glass worked, earlier that night.

Last year, several of the victims' families filed a lawsuit against Ms Glass and the bar for alleged negligence.

Following Ms Glass' arrest, her attorney, Scott Palmer, pointed out that Ms Glass had in fact called 911 when Hight left and was initially commended by police for her actions.

"Not only did she know Spencer, but she was friends with Meredith and was supposed to be at the party that evening," he said in a statement, CBS 19 reported.

"It is shameful of the Plano Police department to go after the person who was vital in trying to stop the horrific events of that evening."

What is the state code?

The Texas Alcoholic Beverage Code states that a person is criminally negligent if they sell "an alcoholic beverage to an habitual drunkard or an intoxicated or insane person".

A formal report by the Texas Alcoholic Beverage Commission (TABC) last year said that surveillance footage showed Hight appearing highly intoxicated, "unsteady on his feet" and "running into tables and walking sideways", according to CBS News.

Ms Glass had reportedly texted a fellow bartender, Timothy Banks, while serving Hight, saying: "Spencer has a big knife on the bar and is spinning it and just asked for his tab and said I have to go do some dirty work ... Psychoooooooo."

Ms Glass - who was trained to identify signs of intoxication - also informed Mr Banks that Hight was "drunk and being weird" and had "produced a pistol from his front pocket and put it on the table".

It is against Texas law to bring a firearm into a bar.

The report found that Ms Glass had violated the state alcohol sale code. According to NBC DFW, the bar also lost its licence to sell alcohol last July due to the report.

According to the National Conference of State Legislatures, at least 30 states have some form of liability laws for establishments serving alcohol.

Globally, many countries - like the UK and Australia - have laws against selling alcohol to intoxicated patrons. Others also have laws that place some liability on entities who provide alcohol to already drunk people.