The death of a 13-year-old boy who was knocked out in a Thai kickboxing match has led to renewed pressure on Thailand to ban children from boxing bouts. 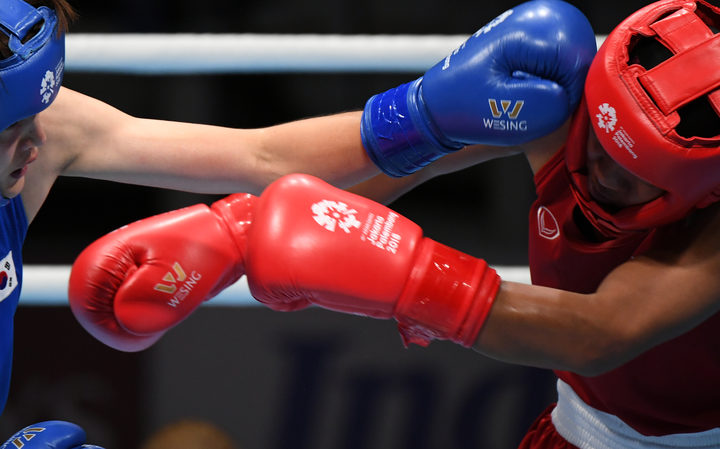 Anucha Kochana was pronounced dead from a brain haemorrhage two days after he fought in the charity match.

He had taken part in 170 fights since the age of eight to help raise money for his family, reports say.

The Thai parliament is reviewing legislation that would ban children under 12 from boxing matches.

Thai boxing, or Muay Thai as it is also called, is hugely popular in the country, where thousands of young fighters and their families see it as a way of earning money.

But there are few rules governing the sport and some people oppose proposed laws to protect young fighters, saying they are part of the country's boxing tradition

Many Thais have been saddened by Anucha's death and have been sharing footage of the fight in central Samut Prakan province. A number of prominent boxing stars have sent tributes.

Video of the match showed the boy, known by his boxing name Phetmongkol Por Peenapat, and his opponent were not wearing any protective headgear.

Anucha was repeatedly punched in the head, before falling to the mat.

His opponent, who is 14, has said he's very said about what happened and he didn't mean to take another life. He plans to auction the shorts he wore for the match to raise money for Anucha's family.

Thailand has more than 10,000 registered boxers under the age of 15, according to figures released last year by its national Sports Authority.

A draft law before parliament would ban children under 12 from professional kickboxing matches, and regulate the participation of young teenagers.

"Those aged 12 to 15 will need to be registered, have the permission of their parents and wear protective gear for professional fights," Gen Adulyadej Inthapong, vice chairman of the National Legislative Assembly's committee on sports, told Reuters.

Some campaigners and medics want the minimum age to be raised to 18 and say change is being delayed because child boxing is so lucrative.

The Professional Boxing Association of Thailand wants the age for participation in organised bouts set at 10.