A Sydney property developer has won the ownership rights to a home in the inner west after finding it empty and renting it out for two decades. 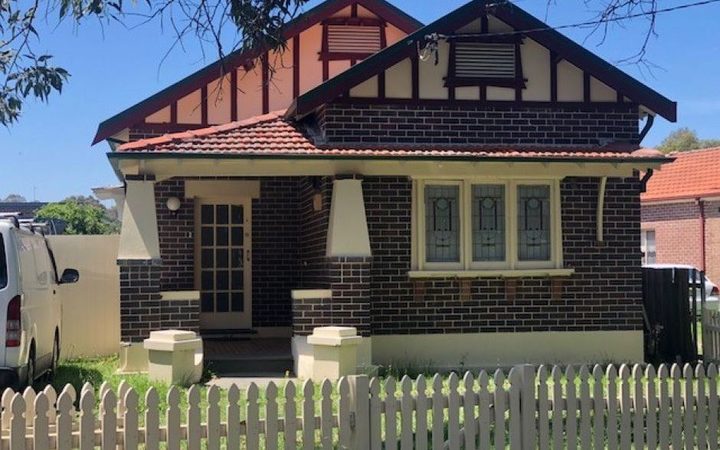 Real estate agents have told the ABC the property is worth an estimated $A1.6m. Photo: ABC News: Lily Mayers

The New South Wales Supreme Court awarded the home to Bill Gertos under "adverse possession", or squatting laws, despite a challenge from the relatives of the last listed owner.

Mr Gertos told the court he came across the Ashbury home in 1998 - which had sat empty since its last tenant died the same year - while visiting a client on the same street.

He said he found the house was open and "the rear door was off its hinges and placed to the side".

After changing the locks, he repaired and renovated the home and began renting it out.

Outside court, several real estate agents told the ABC the property would be worth an estimated $A1.6 million ($NZ1.74 million).

When he applied to the Registrar-General to be named the owner of the land under the Real Property Act in 2017, Mr Gertos was challenged by the registered owner's family.

The daughter and two grandchildren of the registered owner, Henry Thompson Downie, who died in 1947, wanted to be recognised as the beneficial owners of the property.

Mr Downie's family claimed they had to leave the house some time after World War II because of a white ant infestation.

Supreme Court Justice Rowan Darke found Mr Gertos had sufficient evidence he invested money into fixing the home, paid taxes on it and leased it to rental tenants.

"I am comfortably satisfied that since about late 1998 Mr Gertos has been in factual possession of the land with the intention of possessing the land," Justice Darke said.

"In essence, Mr Gertos succeeded in taking and maintaining physical custody of the land, to the exclusion of all others, and he has assumed the position of a landlord."

Justice Darke said he had considered the plaintiff's submissions but was "unable to accept them" and ordered them to pay Mr Gertos's legal costs.

One of the three plaintiffs and grandson of Mr Downie, Graeme Hugo, said his family emphatically rejected the description of how Mr Gertos came across the property.

He disagreed the home was in poor quality and claimed the property was never abandoned by his grandfather.

The family said they were unaware they were entitled to the property until they were contacted by police in 2017.

Neighbouring residents said they were unhappy about the decision and it was unfair to the relatives of the last owner.

In 2015, Mr Gertos was ordered to pay a quarter of a million dollars' worth of fines after illegally demolishing a heritage building in Sydney.