Two bombs sent to former Vice President Joe Biden and a third to actor Robert de Niro are similar to the devices intended for several other high-profile Democrats and critics of US President Donald Trump, authorities say. 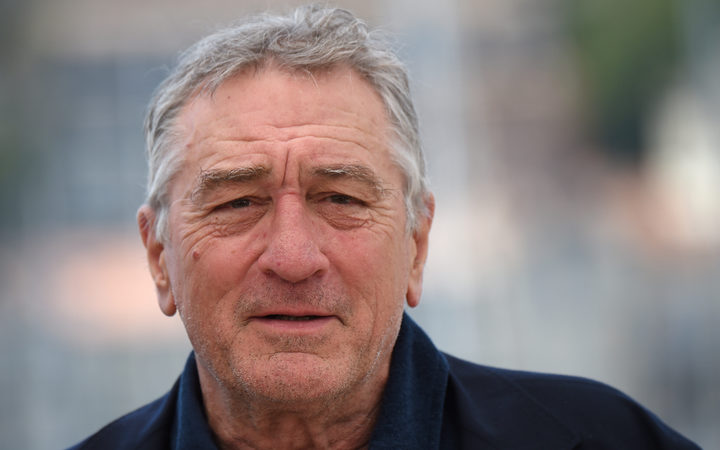 None of the 10 devices exploded but authorities stepped up a manhunt for the serial bomber amid a contentious campaign season ahead of the 6 Novmeber elections in which Mr Trump's Republicans will try to maintain majorities in the Senate and House of Representatives.

There has been no claim of responsibility.

Leading Democrats called the bombs a dangerous outgrowth of coarsening political rhetoric promoted by Mr Trump, who also condemned the acts but blamed the media, his frequent foil, for much of the angry tone.

Mr Trump and other Republicans have likened Democrats to an "angry mob," citing protests at the confirmation hearing of US Supreme Court Justice Brett Kavanaugh.

The bombs discovered yesterday were similar to ones sent to Mr Biden and de Niro, a federal official told Reuters.

The FBI said one of the two packages sent to Mr Biden - who once said he would have fought Mr Trump if they were in high school - was discovered at a mail facility in his home state of Delaware and the second at another location.

The device intended for de Niro, who received a loud ovation when he hurled an obscenity at Mr Trump at the Tony Awards last June, was sent to one of his properties in New York City.

At a Wisconsin rally yesterday Mr Trump, who has denounced news media organisations as an "enemy of the people," called attention to "how nice I'm behaving tonight" but later on he attacked the media.

"A very big part of the Anger we see today in our society is caused by the purposely false and inaccurate reporting of the Mainstream Media that I refer to as Fake News," Trump wrote. "It has gotten so bad and hateful that it is beyond description. Mainstream Media must clean up its act, FAST!"

A very big part of the Anger we see today in our society is caused by the purposely false and inaccurate reporting of the Mainstream Media that I refer to as Fake News. It has gotten so bad and hateful that it is beyond description. Mainstream Media must clean up its act, FAST!

All the people who were targeted, including former US President Barack Obama, former Secretary of State and presidential candidate Hillary Clinton and Eric Holder, who served as attorney general under Mr Obama, are frequently maligned by right-wing critics. 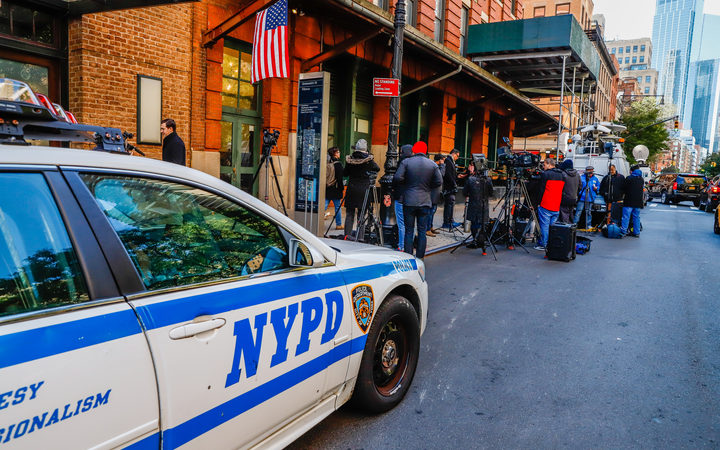 A packet with similar content to devices that appeared to be an explosive was sent to actor Robert De Niro in the building where the actor's producer, Tribeca Productions, and his restaurant, Tribeca Grills are located in New York. Photo: AFP / Vanessa Carvalho / Brazil Photo Press

The CNN bureau in New York received a package addressed to Mr Brennan, who has appeared as a CNN analyst, leading police to evacuate the Time Warner building in Manhattan near Central Park.

The package sent to CNN, which Mr Trump has frequently derided for its coverage of him, contained an envelope of white powder that experts were analysing, New York City Police Commissioner James O'Neill said.

New York Governor Andrew Cuomo told CNN some of the packages in his state were hand-delivered and that authorities were scrutinising security camera videos for signs of the bomber.

Mr Trump told the Wisconsin rally his government would conduct "an aggressive investigation."

"Any acts or threats of political violence are an attack on our democracy itself," Mr Trump said. "We want all sides to come together in peace and harmony."

Last week, Mr Trump, who joined other Republicans in accusing Democrats of encouraging "mob" tactics, heaped praise on a Montana congressional candidate who assaulted a reporter during his successful 2017 campaign.

The first package turned up earlier this week and was addressed to Soros, the billionaire financier and advocate of liberal, open-border values who is a frequent target of right-wing conspiracy theories.

The FBI said the packages consisted of a manila envelope with a bubble-wrap interior containing "potentially destructive devices."