Australian Prime Minister Scott Morrison has apologised on behalf of the nation to victims and survivors of institutional child sex abuse. 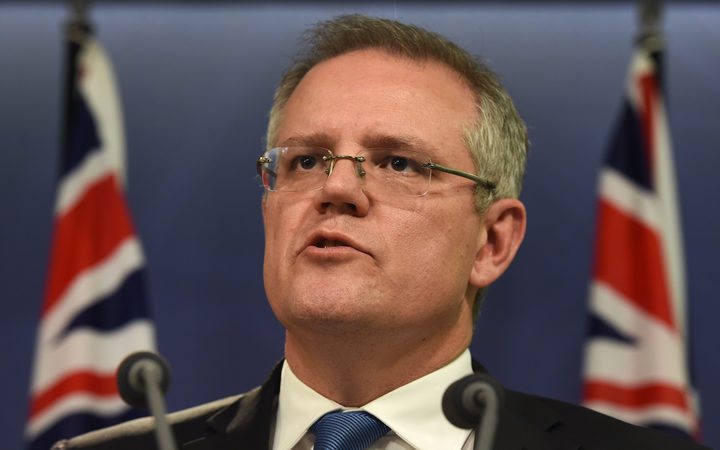 In an address to Federal Parliament, Mr Morrison said there was no promise that could be made and nothing that could be done to right the wrongs of the past.

But he said the nation was now confronting a "trauma" and an "abomination" that had been hiding in plain sight for too long.

"Today, as a nation, we confront our failure to listen, to believe, and to provide justice," he said as hundreds of people watched on from Parliament's public galleries and Great Hall.

"To the children we failed, sorry. To the parents whose trust was betrayed and who have struggled to pick up the pieces, sorry.

"To the whistle-blowers, who we did not listen to, sorry.

"To the spouses, partners, wives, husbands, children, who have dealt with the consequences of the abuse, cover-ups and obstruction, sorry.

"To generations past and present, sorry."

Many survivors cheered as Julia Gillard arrived for the event, praising her for establishing the royal commission ( @ABCcameramatt) #auspol pic.twitter.com/I3wB6QiCL2

Mr Morrison acknowledged the "silenced voices" and "never-heard pleas of tortured souls" who were bewildered by "indifference to the unthinkable theft of their innocence".

"We were treated as slaves, beaten and abused, used for their perverted desires, no love or kindness, no safety or warmth, always hungry and always frightened."

Mr Shorten acknowledged Australia had "come too late" to the apology and that there were wrongs "that cannot be made right".

The national apology was a recommendation from the royal commission, which held nearly 60 public hearings and 8000 private sessions over five years.

In its final report, the commission estimated the number of child victims in the tens of thousands, saying their abusers were "not just a few rotten apples".

"We will never know the true number," it read.

"Whatever the number, it is a national tragedy, perpetrated over generations within many of our most trusted institutions."

Mr Morrison announced that the government would also set up a museum, to collect the stories of survivors, and fund a research centre to raise awareness about child abuse.