A man has been charged with attempted murder after allegedly trying to throw his partner overboard from cruise ship Radiance of the Seas. 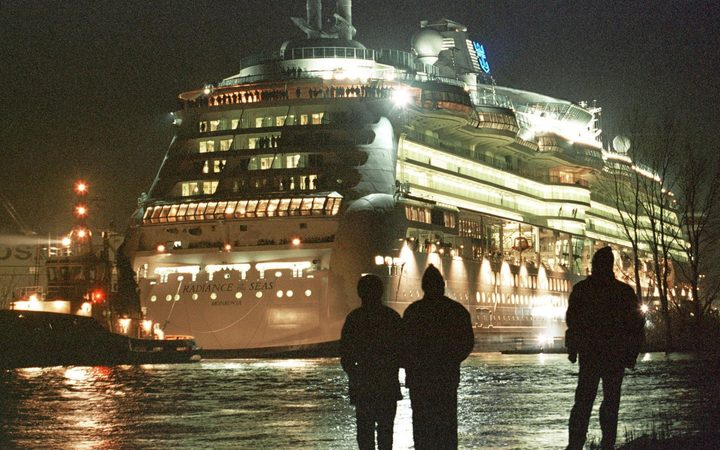 The incident allegedly happened on the Radiance of the Seas cruise ship while it was on its way to Hobart. Photo: AFP

The 46-year-old Queensland man was arrested when the ship docked in Hobart.

Police allege the man attempted to throw his partner overboard following an altercation at 3:30am on Thursday, while the ship was en route.

They were called to the ship at 8.30am when it docked.

Police have described it as a family violence incident.

The man appeared in the Hobart Magistrates Court on Friday afternoon and was remanded in custody.

He will appear in the Supreme Court next February.

Cruise ship owner Royal Caribbean has issued a statement saying its security staff responded to the incident and police attended once the ship docked in Hobart.

The company said it was cooperating fully with authorities and has a zero-tolerance policy to violence, with the safety and security of guests and crew a priority.