One of India's most prominent environmental activists has died at the age of 86 after more than 15 weeks of a hunger strike to protest against government inaction on cleaning up the Ganges River. 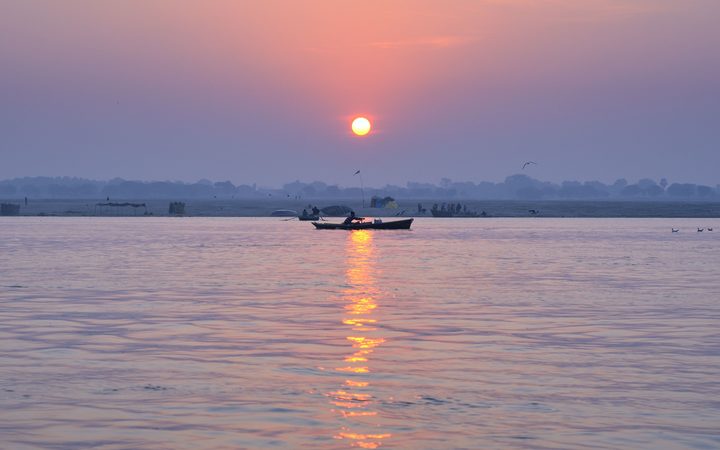 The death of GD Agarwal, who held a PhD in environmental engineering from the University of California in Berkeley, prompted an outpouring of grief and tributes from activists.

"His demise has shut one of the leading voices of criticism of the government on the Ganga pollution," environmentalist Rakesh Jaiswal said.

"He was one of the most important figures in this fight."

The Ganges, worshipped by Hindus, is India's largest river system and one of its most polluted.

Prime Minister Narendra Modi came to power in 2014 with a pledge to clean up the 2,500-kilometre river, used for water by 400 million people, but increasingly choked with domestic and industrial waste.

A flagship five-year project he launched in 2015 has fallen flat, critics say.

Results of a federal audit released in December 2017 revealed lapses in planning and financial management of the scheme and said under a quarter of the funds for the program had been spent in two years.

Mr Agarwal began his fast on June 22 in the northern Haridwar city, demanding a law to protect the river and the scrapping of construction of hydroelectric projects along its banks that have destroyed its natural flow.

In a letter to Mr Modi in August, he threatened to fast unto death unless action was taken.

Mr Modi said on Twitter he was "saddened" by Mr Agarwal's death.

"His passion towards learning, education, saving the environment, particularly Ganga cleaning, will always be remembered. My condolences," he said.

Ravi Kant, director of the AIIMS hospital in the northern city of Hrishikesh, on the banks of the Ganges, said Mr Agarwal died of a cardiac arrest.

He had been forcibly taken to the hospital by police a day before, hours after he stopped drinking water.

Footage shown on Indian TV showed Mr Agarwal, clad in a saffron robe, being picked up by police officers along with the chair he was sitting on, as he kicked his legs in protest.

Some activists have demanded an independent investigation into Mr Agarwal's death.

"I don't think the Government made any honest effort to fulfil his demands," environmentalist Ravi Chopra said.