Former Guatemalan Vice President Roxana Baldetti has been sentenced to 15 years in prison for her role in the 'Magic Water' scandal. 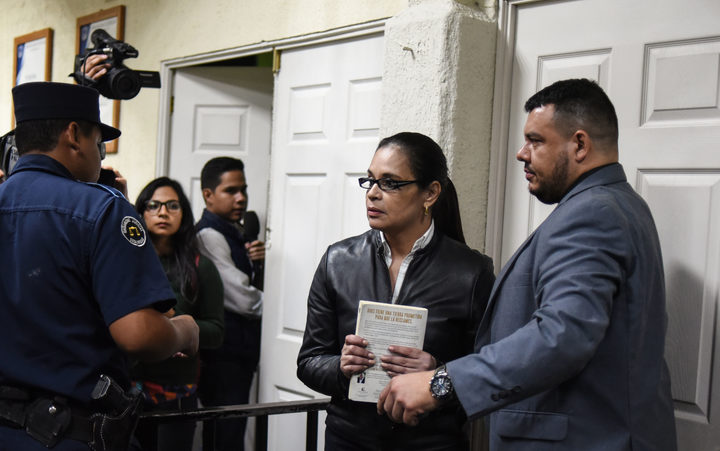 Guatemala's former vice-president Roxana Baldetti has been sentenced to 15 years in prison for her role in fraud involving salt water being used as a 'chemical' to clean up a lake. Photo: AFP or licensors

This week, Baldetti was found guilty of fraud, influence peddling and illicit association related to a government contract to clean up a polluted lake.

A panel of judges had charged Baldetti, 56, for her role in the contract for chemicals to clean up Lake Amatitlan, near Guatemala City.

The $17.8 million contract was awarded to M. Tarcic Engineering, an Israeli firm. But after $2 million was paid, investigators realized the money had been transferred to bank accounts of shell companies, and to individuals who were later accused of fraud, prosecutors said.

Investigators discovered that the chemicals were essentially water with salt, leading to the case being nicknamed, "Magic Water."

Baldetti "issued instructions to place key people to execute the budget in favor of the criminal organization (and) facilitated the administrative and financial procedures for the company," said Pablo Xitumul, one of the three judges who sentenced the former vice president.

In 2015, both Baldetti and President Otto Perez resigned and were jailed over corruption scandals that gutted his government, sparked mass protests and plunged the country into a political crisis days before a presidential election.

Baldetti, who was vice president for three years, faces separate accusations of leading a network to defraud the state related to customs, alongside Perez, who is also awaiting trial.

She also faces corruption charges and an extradition request from the United States on drug trafficking charges.

Baldetti has denied the charges.

The United Nations-backed International Commission Against Impunity in Guatemala that helped bring her down is now facing its own crisis, after President Jimmy Morales decided not to renew its mandate.