Six rescue divers have drowned after they got caught in a "whirlpool" while trying to save a teenager from a disused mining pool in Malaysia. 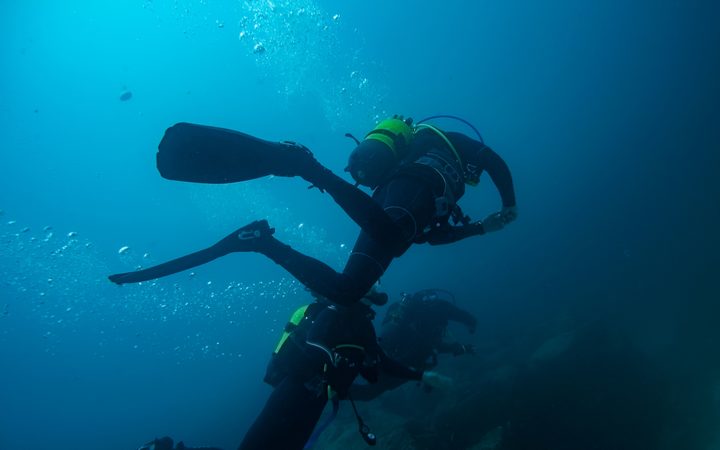 They were searching for a 17-year-old boy who is thought to have fallen into the body of water while fishing with his friends on Wednesday.

Authorities said the divers became caught in a "whirlpool" and sudden strong currents caused some of their equipment to come off.

The search for the missing boy resumed on Thursday.

The boy and his friends were about to start fishing at the mining pool in Sepang district in Selangor state when he fell in, reports said.

The divers followed all safety procedures as they went into the pool on a search and rescue mission, according to Sepang district police chief Abdul Aziz Ali.

They were all wearing complete diving equipment and were tied to a single rope, he said.

Mr Aziz told state news agency Bernama that a strong current "caused all victims to spin in the water", adding that this caused their equipment to come off.

"A whirlpool had formed at the area and a team on the banks said they saw the six divers struggling to get out," Fire and Rescue Department director-general Mohammad Hamdan Wahid told news outlet the New Straits Times.

The men were in the water for about 30 minutes while their colleagues tried to rescue them. All six were unconscious when they were pulled out of the water and could not be resuscitated.

"This is the first time as many as six personnel died," Mr Wahid told Bernama. "This is a very sad day for us."

Mr Wahid said an initial investigation suggested that a floodwall near the area failed to contain gushing water brought about by heavy rain earlier that day, causing the strong current.