Vietnamese President Tran Dai Quang has died in a military hospital at the age of 61, state media report. 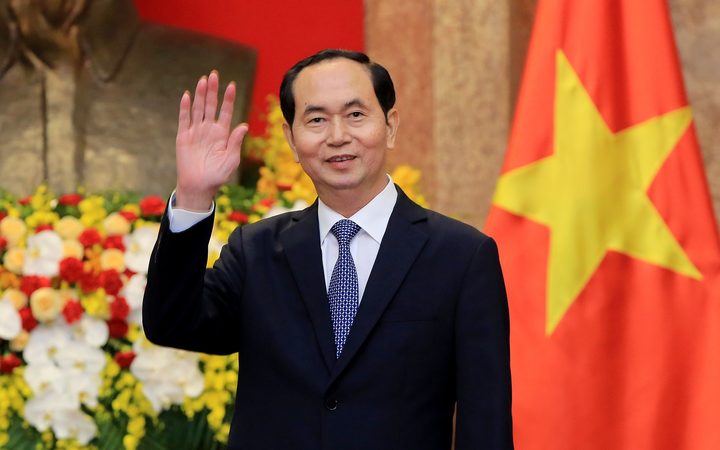 Reports say he had been suffering from a serious illness for several months and had received medical treatment abroad and in Vietnam.

He was sworn into office in the country in 2016, following a stint as public security minister.

The role of president in Vietnam is largely ceremonial.

But it is one of the top four posts in the country, along with the prime minister, National Assembly chairman and communist party head. Mr Quang was also a member of the party's powerful Politburo.

Mr Quang began his career in the police and spent more than 40 years at the shadowy public security ministry, which oversees the secret police and intelligence service. He obtained the rank of police general.

He was seen as a loyal and committed communist party member and known for his hard-line approach to dissent. Scores of dissidents have been jailed under his leadership.

An anchor dressed in black announced his death on state-run Vietnam Television and a state funeral service is expected.

Vice-President Dang Thi Ngoc Thinh will take over as acting president until a new president is chosen by the communist party's Central Committee and voted on by the National Assembly.