The United States Coast Guard has removed a team member from duty after he was accused of making a "white power" sign on air. 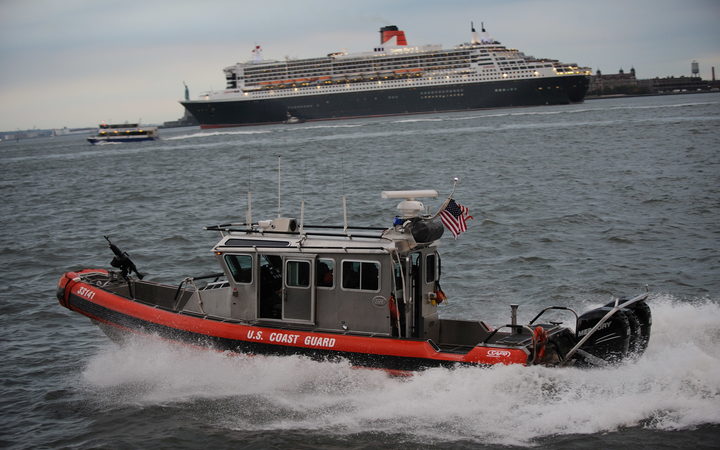 A US Coast Guard boat in New York Harbor. Photo: AFP or licensors

The unidentified employee was seen glancing at the camera during an interview this week on American television news show MSNBC, before briefly making the hand gesture.

He was at a desk in the background as the cable channel spoke to Coast Guard commanding officer captain John Reed in Charleston, South Carolina.

The agency responded swiftly to the ensuing social media backlash.

The incident occurred as MSNBC covered the emergency response to deadly tropical storm Florence, which is drenching the Carolinas.

"It won't be tolerated."

It is not clear how the thumb-and-forefinger 'OK' hand gesture became associated with "white power".

It apparently began as an online hoax before it was adopted by far-right sympathisers and even some Trump supporters to goad liberals.

Earlier this month, left-wing activists accused a former Trump administration official of making the symbol during a Senate hearing.

Zina Bash was pictured sitting in the background during a confirmation hearing for Supreme Court nominee Brett Kavanaugh.

Ms Bash, who is of Jewish-Mexican heritage, was branded a "neo-Nazi" or "white supremacist".

Her husband, Texas prosecutor John Bash, angrily pointed out his wife is the grandchild of Holocaust survivors.

"Everyone tweeting this vicious conspiracy theory should be ashamed of themselves," he said.

"We weren't even familiar with the hateful symbol being attributed to her for the random way she rested her hand during a long hearing."