Kazan Brown's eyes well up when she talks about the Gungalook waterhole. 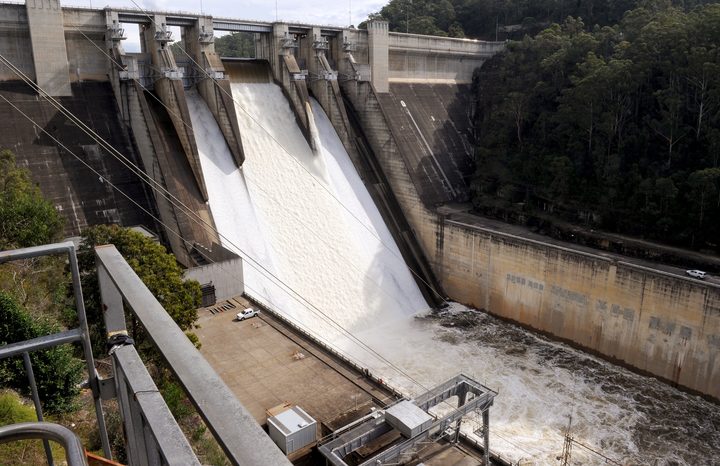 Its significance for her as a Gundungurra traditional owner is deeply personal and spiritual.

Her family used to live here and the stories from the land date back thousands of years.

It is the reason why she fears so much for its future.

Sitting in the lower reaches of the Blue Mountains, at the southern end of Lake Burragorang - the lake created when Warragamba Dam was built in the 1960s - the waterhole is in the middle of a well-trodden path: the push-and-pull between progress and protecting indigenous history.

If a proposal to raise the dam wall is approved, Ms Brown fears the waterhole will be flooded and lost forever.

"The landscape around it's not going to be the same, it's going to change," she said.

"We won't be able to see the kangaroo traps anymore, you won't be able to get this close to it anymore and it's just not going to exist - the waterhole itself will be flooded, it will be gone.

"This is all that's left, the first time around they flooded a good 80 per cent of our sites … and now they want to take what's left."

While the Warragamba Dam is currently used only to supply water to Sydney, the New South Wales (NSW) Government wants to raise the dam wall by 14m for flood mitigation in the highly flood-prone areas of north-west and western Sydney.

The Australian government says the extra 14m will not be used for water storage, only for flood mitigation, so the upstream inundation would only be temporary.

Water NSW and Infrastructure NSW are preparing an environmental impact statement for the proposal, due next year.

Traditional owners fear their cultural heritage sites and stories will be lost under the higher water level, and they say not enough has been done to properly survey and document them for the environmental impact statement.

The archaeological and cultural heritage surveys took place over 25 days, yet Lake Burragorang has a foreshore of 354km.

Elder Sharyn Halls took part in the surveys and said at least another 60 days' work was needed to do a thorough job.

A spokesperson from Infrastructure NSW said the 25 days was only set as an "initial guide" and the survey was not complete.

"It will take as long as required to satisfy the agreed methodology," the spokesperson said. 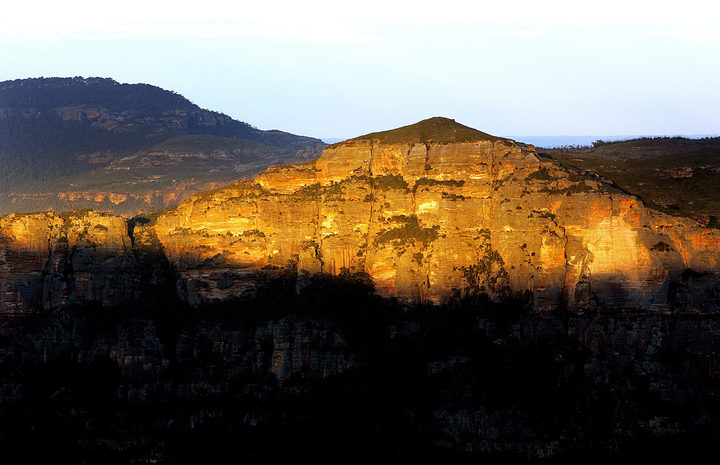 The Greater Blue Mountains, which includes some areas around Lake Burragorang, is on the World Heritage List for its environmental values. Photo: AFP

The project team was consulting with Aboriginal communities, with specialised Aboriginal heritage consultants employed to do the survey work.

However, archaeologist Wayne Brennan said the effort so far had been "a quick and nasty".

"Obviously there's the physical aspects of the sites themselves, the stones, the rock art, the things in between, the cultural features in the landscape.

"But far more importantly what we have are these ancestral creational being stories which are very rich in this area."

One of those stories is the creation of the Gungalook waterhole, which runs beside Ms Brown's old family property.

"The creation story is that the Gurrungatch [the serpent] came down the river and was chased by Mirrigan [a quoll-like creature] and made the river," she said.

"As he's come down and this was where he rested.

"I was brought here and told stories, shown the family property, the dreamtime story … and I'd like to be able to do that with my grandkids."

Minister for Western Sydney Stuart Ayres said a balance needed to be struck between protecting Indigenous heritage and protecting the lives of the people who lived in the floodplain.

"Thousands and thousands of people live in this part of the world and right now they are at risk of extreme flood events," Mr Ayres said.

The Greater Blue Mountains - which includes some areas around Lake Burragorang such as the Gungalook waterhole, but not all - is on the World Heritage List for its environmental values.

In 2005, an application was made to expand the boundaries of the heritage area to include the entire shore of Lake Burragorang, adding another layer of protection to the area.

Despite being put on a priority assessment list in 2008, the application has never been finalised.

Now the Gundungurra Aboriginal Heritage Association has pursued its own means of getting further protection for the area, nominating it a declared "Aboriginal Place".

The declaration would recognise the Burragorang Valley's significance to the Gundungurra people.

"We've been mapping this whole area for 12 years and I feel we've had to take a few extra [steps] now to protect cultural heritage," Ms Halls said.