The US is ending all funding for the UN's Palestinian refugee agency, the Department of State has said. 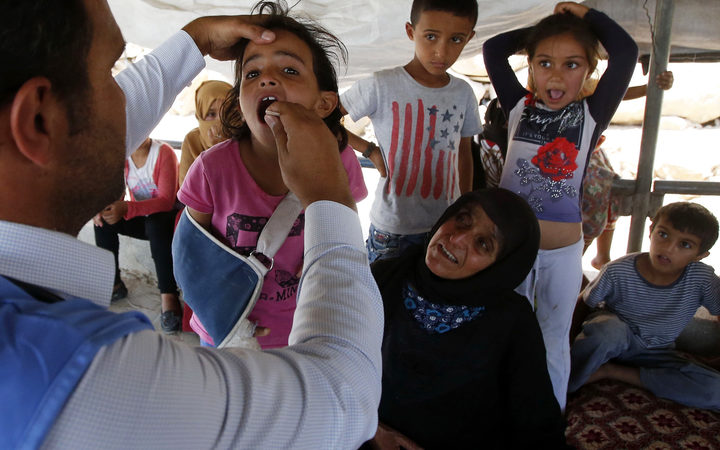 In a statement, it said the organisation was "irredeemably flawed".

"The administration has carefully reviewed the issue and determined that the United States will not make additional contributions to Unrwa," spokeswoman Heather Nauert said.

In January, the US announced it would withhold more than half of a tranche of funding for the agency.

The administration had pledged $60m to the United Nations Relief and Works Agency (Unrwa) in January, but withheld another $65m pending a review. That remaining $65m is now expected to be cancelled.

The US is the largest single donor to Unrwa, providing $368m in 2016 and funding almost 30 percent of its operations in the region.

Earlier on Friday, German Foreign Minister Heiko Maas said Germany would increase its contributions to the agency because its funding crisis was fuelling uncertainty.

"The loss of this organisation could unleash an uncontrollable chain reaction," Mr Maas said.