A truck has exploded in a huge fireball on a motorway near Bologna, northern Italy, following a traffic accident. 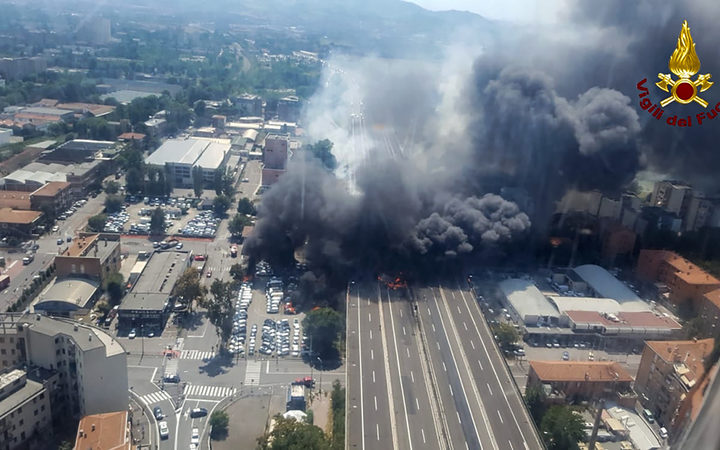 Black smoke rises in the sky after a tanker exploded on the motorway close to the airport, in Bologna. Photo: AFP/ Vigili del Fuoco

A lorry carrying cars collided on a bridge with another full of flammable materials, Italian media say.

The bridge partly collapsed and fire spread to a car park below, where several more vehicles exploded.

The accident happened on the Casalecchio link that connects the A1 to the A14. Police said they had closed off the motorway in Borgo Panigale, on Bologna's fringes.

The windows of many houses in the area are reported to have shattered.

Firefighters and ambulances headed to the scene.

A video shot from a parked car at the moment of the explosion appeared to show someone being engulfed by flames when the tanker exploded.

In a separate incident on Monday, 12 migrant laborers died in the southern Italian region of Puglia when the van they were traveling in smashed into a lorry.