More than 100 goats startled residents and captivated spectators on social media after bursting into a neighbourhood in Idaho and feasting on lawns, flower bushes and leaves. 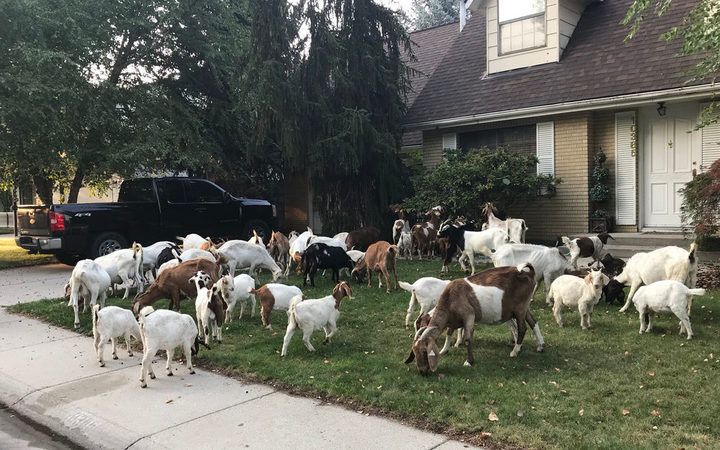 The herd of goats had been at work clearing some land for the county when scores of the inquisitive animals escaped at about 7am Friday (local time) and wandered into a West Boise suburb, their owner said.

"They were on a pond that the county had hired us to clear, and it looks like they pushed through some of the wood boards and got out that way," said Matt Gabica, owner of We Rent Goats, a company that provides goats to clear weeds on private and public property.

"A bunch of homeowners and a bunch of kids had some excitement." 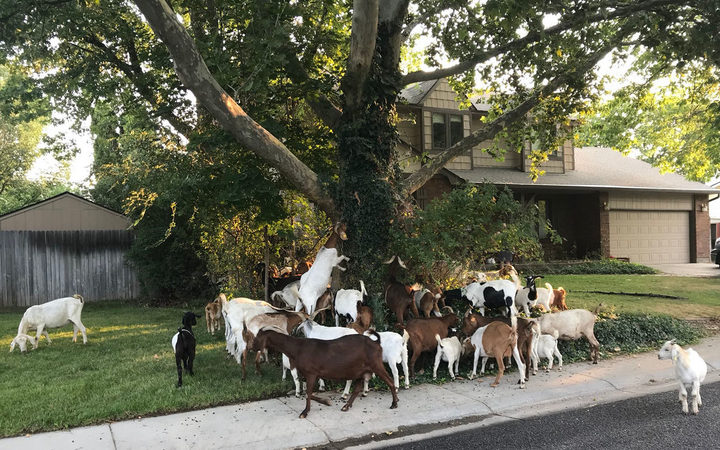 The herd of about 118 goats was wrangled into a truck by company workers at around 8.30am.

By then the goats had already built up an online following of social media users. One reporter for the local KTVB news channel dubbed it the "#Boise Goat-a-Palooza 2018."

One Twitter user said that in 30 years they would be telling their grandchildren about "the great goat invasion of 2018."

Another tweeted: "They're maaaaaaaad as hell and they're not going to take it anymore," riffing on the "baaa" sound made by goats.