Roseanne Barr has blamed sleeping pills for a tweet that led to the cancellation of her hit show, but the drug company says "racism is not a known side effect". 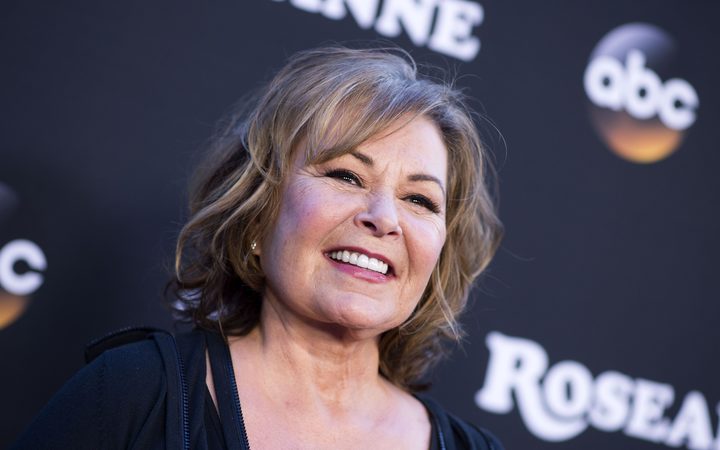 The comedian blamed the offensive post - which likened an African-American former Obama aide to an ape - on "ambien tweeting", although she has since removed the tweet.

Ambien is a sedative pill used as a sleeping aide.

US President Donald Trump on Wednesday broke his silence on Barr, who has been one of his most outspoken supporters.

"Bob Iger of ABC called Valerie Jarrett to let her know that 'ABC does not tolerate comments like those' made by Roseanne Barr," Mr Trump tweeted on Wednesday, referring to the former White House senior adviser.

"Gee, he never called President Donald J. Trump to apologize for the HORRIBLE statements made and said about me on ABC.

Barr's tweet described Mrs Jarrett as the child of the Muslim Brotherhood and the Planet of the Apes film.

The television network said on Tuesday: "Roseanne's Twitter statement is abhorrent, repugnant and inconsistent with our values and we have decided to cancel her show."

The reboot of her hit sitcom Roseanne had been a ratings winner, and Mr Trump had called to congratulate her personally on its first season back.

Barr, 65, deleted Monday night's post and said she was leaving Twitter, but has since posted a flurry of tweets including one claiming other comedians "have said worse".

In another tweet, the TV star tried to explain away the post as having been caused by the effects of Ambien.

A spokeswoman for Sanofi, the pharmaceutical company that makes Ambien, said in response to Barr's tweets about taking the sedative: "While all pharmaceutical treatments have side effects, racism is not a known side effect of any Sanofi medication."

People of all races, religions and nationalities work at Sanofi every day to improve the lives of people around the world. While all pharmaceutical treatments have side effects, racism is not a known side effect of any Sanofi medication.

"I apologise to Valerie Jarrett and to all Americans," Barr wrote following the outcry, defending her remarks as a "joke".

"I am truly sorry for making a bad joke about her politics and her looks. I should have known better. Forgive me - my joke was in bad taste."

Barr's initial tweet came in response to another Twitter user, who accused Mrs Jarrett of helping to conceal purported spying during the Obama administration.

Mrs Jarrett was a senior adviser to US President Barack Obama, and worked with him during his early days in Chicago politics.

She was born in Iran to African-American parents.