Jailed Malaysian leader Anwar Ibrahim has been granted a full pardon and walked free out of a hospital in Kuala Lumpur where he has been undergoing treatment. 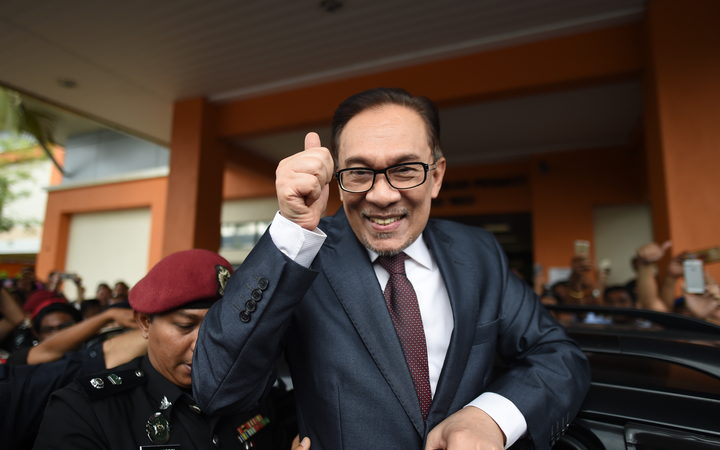 Smiling and waving to supporters, Anwar, 70, was surrounded by his family, lawyers and prison guards before getting into a car and driving to the palace for an audience with the king.

"The pardons board has already met and the king has granted a full pardon, which means all past convictions have been expunged," said Sivarasa Rasiah, Anwar's lawyer.