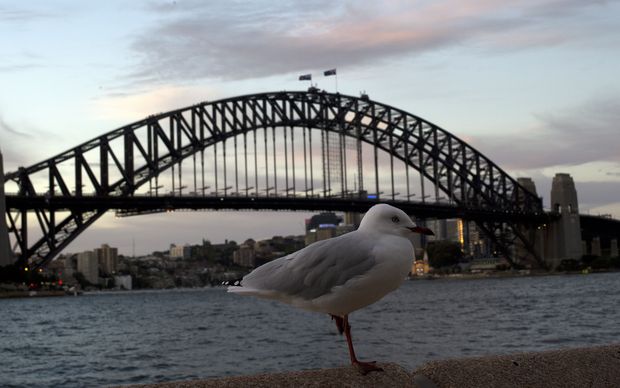 Police rescue crews took nearly six hours to get Wayne John Cook, 43, down from the south-western arch last Wednesday. Multiple northbound and southbound lanes of the bridge were closed during the police operation, causing the morning commute for many to grind to a halt.

This afternoon Mr Cook was charged with trespass, climbing the bridge, preventing the free passage of vehicles, and assaulting police.

The Woolloomoolloo man applied for bail in Sydney's Central Local Court this afternoon but it was refused.

He will return to court on 11 April.

Following the incident, the State Government vowed to introduce tougher fines than the current $3000 penalty for illegally climbing the bridge.