The International Committee of the Red Cross (ICRC) says 21 members of staff have left their jobs for sexual misconduct in the last three years. 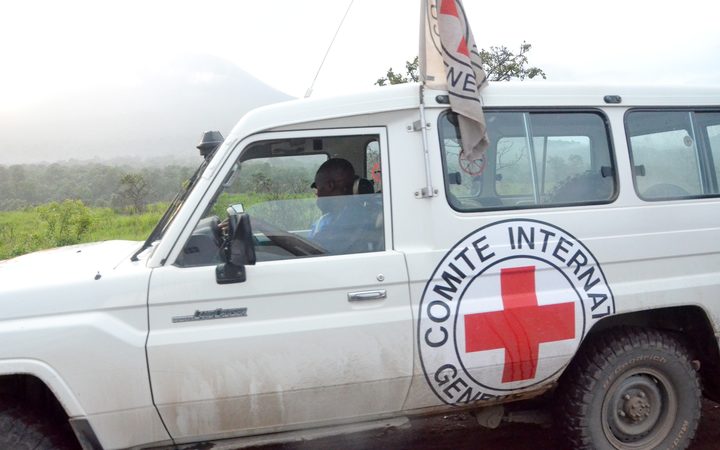 ICRC director-general Yves Daccord said the individuals had paid for "sexual services" and had resigned or were dismissed from the aid agency.

Mr Daccord said on Friday that it was "a difficult but important day".

The revelations come as the aid sector has been hit by numerous allegations of sex abuse and exploitation by workers.

Mr Daccord said that it was the recent reports of sexual misconduct from humanitarian agencies that had spurred the Geneva-based ICRC to conduct an internal review.

Its code of conduct has explicitly forbidden the purchase of sexual services since 2006.

"I have instructed my teams to scour the data we do have on sexual misconduct, and I can tell you that since 2015 we've identified 21 staff members who were either dismissed for paying for sexual services or resigned during an internal enquiry," Mr Daccord said.

Two other staff members who were suspected of sexual misconduct did not have their contracts renewed, Mr Daccord said, adding that he was "deeply saddened to report these numbers".

He said that the ICRC, which has 17,000 staff worldwide, was concerned that incidents that should have been reported were not, or were not properly handled.

"This behaviour is a betrayal of the people and the communities we are there to serve," Mr Daccord said.

"It is against human dignity and we should have been more vigilant in preventing this."

The ICRC statement said all future allegations would be acted upon firmly and consistently, and that any employee found to have violated the ICRC's code of conduct would be held accountable.

International aid organisations have come under scrutiny since UK newspaper The Times reported earlier this month that Oxfam GB had covered up claims of sexual misconduct by its staff in Haiti.

On Friday, 22 aid organisations said they were "truly sorry" for the sector's failings in the wake of allegations of sexual misconduct by workers.

In a letter signed by chief executives, agencies including Save the Children UK and Oxfam GB vowed to do more to protect those they were set up to help.