A couple in Arizona have been charged with locking up their adopted children for up to 12 hours at a time with only a bucket for a toilet. 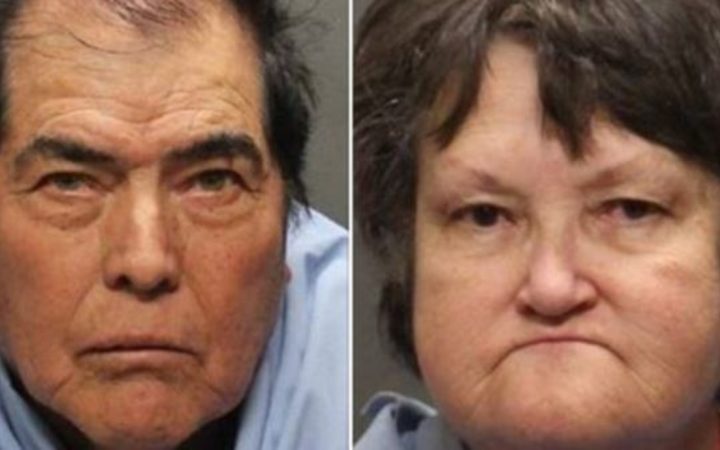 Benito and Carol Gutierrez are accused of keeping the four children, aged between six and 12, locked in rooms with no light or food.

Police were alerted when one boy left the house in Tucson.

He entered a shop to call a relative, but an employee called police because of concerns about the boy's appearance.

The Pima County Sheriff's Department said they discovered that the children "were kept in separate bedrooms, which were locked from the outside, with no access to food, water, lights, or bathroom facilities for up to twelve hours at a time on a regular basis".

Police said the children - all biological siblings adopted by the couple - did not realise the conditions in which they lived were unusual. They were excellent students and had no reported problems in school.

At a press conference, Detective Pat Willson praised the employee of the Family Dollar shop who contacted police. "We commend this citizen," he said. "He wasn't sure the situation was a crime, but he reported his concerns."

The couple had passed all required background checks to be allowed to adopt children, Mr Willson said, adding that there had been no reported problems in the past.

They have now been charged with child abuse.

The arrests come a month after a California couple were held after police found their 13 children held captive at home.

David Allen Turpin and Louise Anna Turpin were held on charges of torture and child endangerment. Police said some of their children had been "shackled to their beds with chains and padlocks".