A prolonged 7.2 magnitude quake that rocked Mexico left nearly a million homes and businesses without power in the capital and four southwest states. 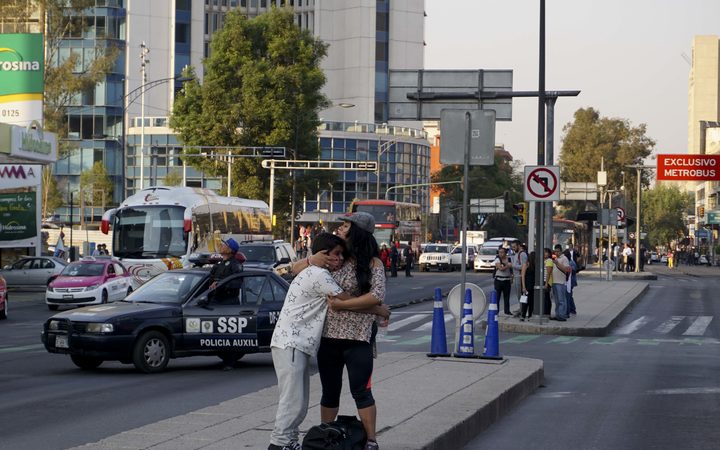 A woman embraces a boy during a powerful earthquake in Mexico City on February 16, 2018. Photo: AFP

No deaths were reported.

At least 50 homes suffered damage in the southern state of Oaxaca, which, along with Mexico City, is still reeling from earthquakes that caused widespread damage in September.

Images in the media appeared to show bricks and rubble fallen from buildings, and products tumbling off shelves in a supermarket.

The epicentre was about 145 km from Pacific coast surfer resort Puerto Escondido in Oaxaca and had a depth of 24.6 km, according to the US Geological Survey.

The Pacific Tsunami Warning Center said that there was no tsunami threat. 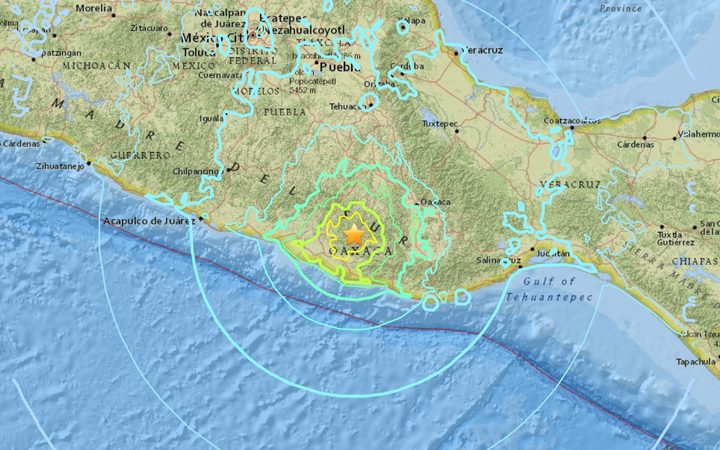 The epicentre of the 7.2 quake was in the southern state of Oaxaca. Photo: USGS

The Oaxacan town of Jamiltepec appeared to sustain the heaviest impact in the southern region, with 50 homes damaged along with a church and government building, the state's civil protection agency said.

Patients were evacuated from a hospital there and from another in the nearby town of Putla Villa de Guerrero. On a local highway, a fire ignited when two high-tension electric cables struck each other.

In the town of Pinotepa Nacional, close to the quake's epicentre, a photo obtained from Oaxaca's civil protection agency showed a single-story building where a portion of the brick facade had crumbled into the street. A hospital was also damaged, and a collapsed structure blocked a major highway.

About 100,000 people in Oaxaca had lost power, the state's governor said.

National oil firm Pemex said its installations were in order.

Tremors were felt as far away as Guatemala to the south.

In Mexico City, tall buildings swayed for more than a minute as seismic alarms sounded, with older structures in the chic Condesa neighbourhood knocking into each other, and some cracks appearing in plaster and paintwork.

Mexico is one of the most seismically active regions in the world, sitting on top of three of the Earth's largest tectonic plates - the North American, Cocos and Pacific plates. 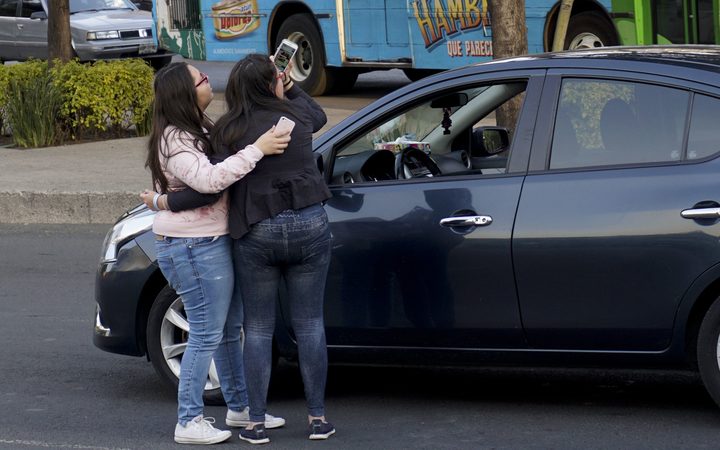 Two women in Mexico City stand by their car during the powerful tremor. Photo: AFP