Italian graduate student Giulio Regeni, whose mutilated body was found in Cairo two years ago, was killed because of his research on Egypt's independent trade unions, a Rome prosecutor says. 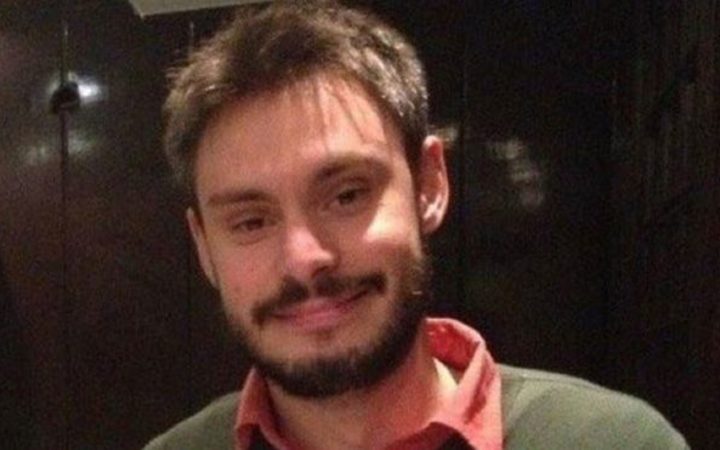 Regeni's body was found dumped in the outskirts of Cairo. Photo: Amnesty International

In detailed comments on the investigation, Giuseppe Pignatone said Regeni had been under Egyptian police surveillance up until he disappeared.

But Mr Pignatone did not accuse anyone.

Egyptian officials, who deny any involvement in Regeni's murder, have admitted that he was being monitored.

The 28-year-old student was researching for a Cambridge University doctorate when he disappeared on 25 January 2016. His body was found dumped by a road near Cairo nine days later.

The topic he was researching is politically sensitive in Egypt, where the government has intensified a crackdown on unofficial protest movements in recent years. Activists often accuse the security forces of human rights abuses.

In a letter to Italy's main newspapers summarising the joint Italian-Egyptian investigation so far, Mr Pignatone said the motive for the killing could be "attributed solely" to Regeni's research.

"What also has become clear is that Giulio had for months attracted the attention of Egypt's state apparatus, which continued in an increasingly pressing way until 25 January."

Authorities in Egypt have not commented on the letter.

Some people that Regeni met during his research had "betrayed him", the prosecutor said, without giving more details.

He added: "It's important to reconstruct the reasons that led him to go to Cairo and to identify the people with whom he had contacts both in the academic world and Egyptian trade union circles."

Mr Pignatone also said there were "evident contradictions" between statements from Cambridge University sources and the details that emerged from Regeni's correspondence.

An initial examination of the computer and cell phone of Regeni's tutor, Dr Maha Abdelrahman, was "useful", he said.

There has been no suggestion that Dr Abdelrahman was involved in the murder, but Italian investigators want to determine her role in the student's research, how he came to his subject and whether anyone put him in harm's way.

On Thursday, vigils were held in Rome and Cambridge to mark the second anniversary of Regeni's disappearance.

No-one has ever been arrested over Regeni's death.

Egyptian police initially suggested he had been killed in a road accident. Authorities then said a criminal gang was responsible for his kidnapping and murder and that all its members were killed in a shootout - claims that were branded "implausible".

In his letter, Mr Pignatone said Egyptian officials were being co-operative but that the investigation has faced some difficulties. His team, he said, were unable to attend the questioning of suspects by Egyptian investigators.