Forgotten Twitter log-in details have been blamed for delaying a public correction to Hawaii's missile alert earlier this month. 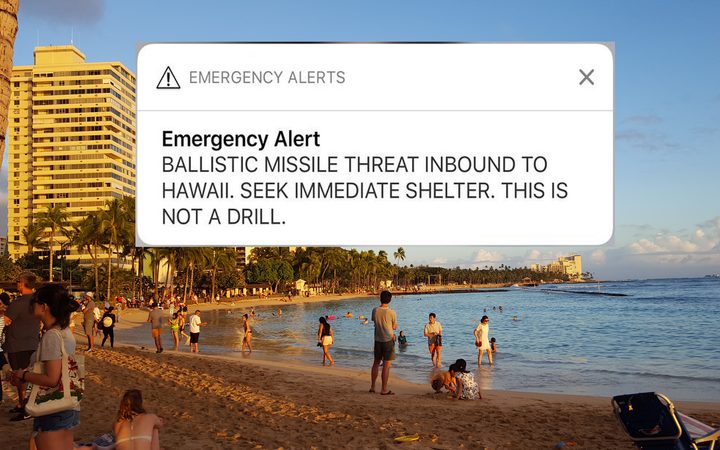 Governor David Ige was told two minutes after a text message was issued by the Emergency Management Agency (EMA) that the threat warning was a false alarm.

But his office did not share the information via social media until about 17 minutes later.

Yesterday, Mr Ige acknowledged he had failed to recall his social media ID.

"I have to confess that I don't know my Twitter account log-ons and the passwords, so certainly that's one of the changes that I've made," he said after his State of the State address, according to local newspaper the Honolulu Star Advertiser.

The governor added that he now stored the details on his smartphone to avoid a repeat blunder.

There is NO missile threat. https://t.co/qR2MlYAYxL

However, the governor did not mention whether he and his team had also struggled to access the page.

The EMA's mass text alert message was sent out to all local residents on 13 January. It took the agency more than half an hour to issue its own retraction to the public, in the form of a second text alert.

In the intervening period, many residents had believed that they faced a nuclear missile threat from North Korea.

Mr Ige has stressed that steps have now been taken to ensure there will be no repeat of the incident.