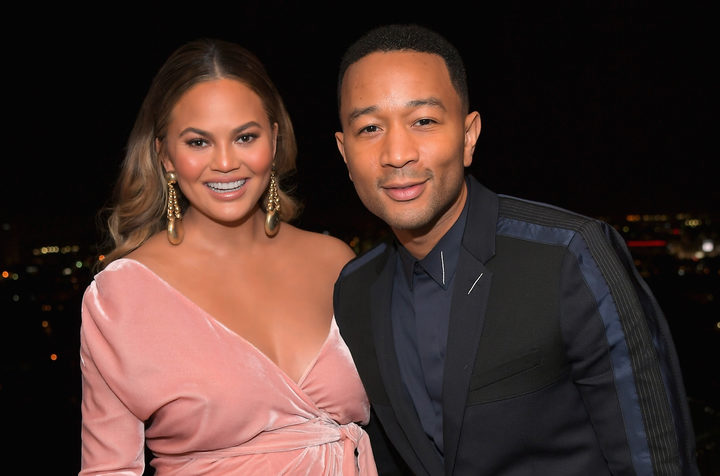 A Tokyo-bound flight carrying the model Chrissy Teigen and her musician husband John Legend turned back to LA after someone reportedly boarded in error.

According to Ms Teigen, the passenger boarded at LAX airport with a ticket for a different airline, although this was not confirmed by authorities.

The plane turned back four hours into the flight, over the Pacific Ocean.

The airline, All Nippon Airways (ANA), said only that there had been a problem with a customer's "flight arrangement".

Adonis Cutchlow, of the LAX Police, told the LA Times there had been no criminal or illegal activity on board the plane, and it was not clear why it had turned back.

The plane should have flown 11 hours to Tokyo. Instead, passengers spent eight hours in the air only to return to the same airport.

According to a series of tweets posted by Ms Teigen to her 9.2 million followers from the plane, the passenger in question boarded the ANA flight with a ticket from United Airlines.

a flying first for me: 4 hours into an 11 hour flight and we are turning around because we have a passenger who isn’t supposed to be on this plane. Why...why do we all gotta go back, I do not know

So many questions and I have no answers. Either do they. This person must be mortified though

This person is so lucky that we will all have to deplane. Imagine having to walk off alone. The shame!

They keep saying the person had a United ticket. We are on ANA. So basically the boarding pass scanner is just a beedoop machine that makes beedoop noises that register to nowhere

Online flight tracker Flightaware showed the plane making a sharp turn over the Pacific, just over four hours out of LA, and returning.

One fellow passenger racked up 45,000 retweets and nearly 1,000 followers with a single tweet after posting a picture of the famous couple aboard the flight.

My first tweet can’t be more epic than this: just survived an 8-hour LAX-LAX flight with @chrissyteigen and @johnlegend on #ANA #NH175 pic.twitter.com/yY0vIqfcja

Getting on another flight now oh bless