Thousands of drunk partygoers trashed St Kilda beach during wild Christmas celebrations in inner Melbourne, with two men arrested and another taken to hospital after being hit by a tram. 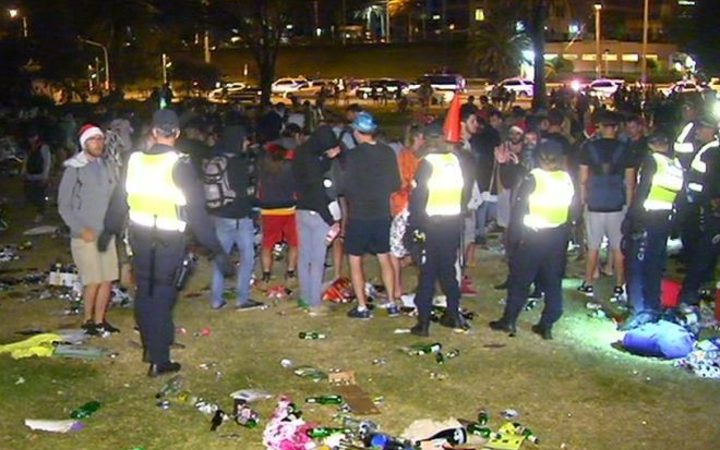 About 5,000 people gathered on the foreshore and nearby park on Monday afternoon.

Police moved in and cleared the area in the evening.

A 27-year-old man was taken to hospital after he was hit by a tram, a 27-year-old woman was hospitalised for alcohol intoxication and a number of others were injured after stepping on glass.

Police said there was also a reported assault.

A number of others were arrested for public drunkenness.

The local council said it was forced to enact emergency measures, including the closure of nearby roads.

He said the amount of rubbish left across the foreshore showed a lack of respect for the local community.

"It's very disappointing, it's not acceptable … significant police resources have been deployed," he said.

The City of Port Phillip is trialling a 24-hour alcohol ban.

Mayor Bernadene Voss said the incident was proof the ban was necessary.

"Because it's becoming very well known as the place to celebrate and drink to excess our council felt it was worthwhile doing it for the next 10 days in particular over New Year's Day and New Year's Even when it's quite popular," she said.

Cr Voss said she believed the majority of the crowd were British backpackers. She said the clean-up would cost thousands of dollars. 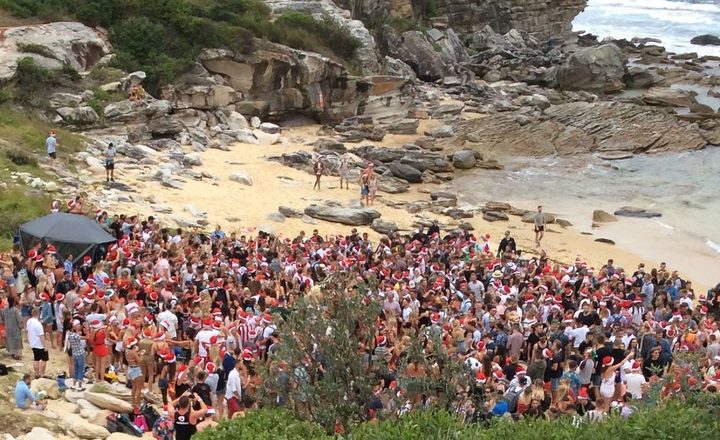 Two women were arrested at the beach party in Sydney. Photo: Randwick Council

Two women have been charged with assaulting police after a beach party spilled onto the streets in Sydney's southeast on Christmas Day.

About 3000 people were at a party on Little Bay Beach on Christmas Day when police were called.

Police moved the crowd on from the beach, which is a designated alcohol-free zone, and up onto nearby streets.

Two officers were injured after allegedly being struck with bottles and assaulted as they dispersed the crowd and were treated for minor injuries at the scene.

Backpackers who were at the party claimed the crowd only turned ugly after police started using unnecessary force.

The two arrested women, aged 23 and 25, were granted conditional bail to appear at Waverley Local Court in January.