Australian Federal Police have come embarrassingly close to broadcasting details of the planned arrest of a suspected North Korean agent on social media, days before it happened. 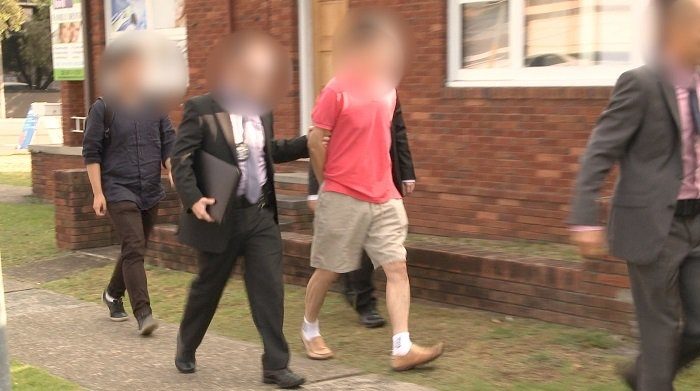 The AFP have confirmed an internal investigation has been launched, after a discussion between staff about how to handle media reporting of the arrest was accidentally broadcast on social media platform Periscope.

On Saturday, a 59-year-old Sydney man was arrested by AFP officers for allegedly brokering arms deals with the North Korean regime.

Audio of the discussion was recorded by The West Australian newspaper the Wednesday prior, before the post was deleted.

It is alleged the man was involved in trying to sell missiles and missile parts from North Korea to others, breaching both Australian laws and international sanctions.

In the recording, a male AFP officer is heard discussing details of the arrest operation.

"We're not going in all guns blazing, all right, it's only half-a-dozen people and a forensics van," he said.

Another male officer is then heard mentioning when political leaders may comment on the arrest, if they release details on the Sunday morning.

"We just need to recognise that the PM will be standing up at some time on Sunday to talk about Bennelong [by-election], as will Shorten."

In a statement, the AFP confirmed the accidental broadcast.

"The incident occurred when testing a piece of social media broadcasting equipment," a spokesperson told the ABC.

"Steps have been taken to ensure such incidents will not occur again.

"The matter has been referred to the AFP's security area for review. As such, no further comment will be made at this time."

After the arrest, AFP officers and ministers described the charges as "unprecedented", and warned of the serious nature of the allegations.