A 50-year-old Japanese footballer has become the world's oldest goal-scorer in professional competition.

Kazuyoshi Miura did it during a 1-nil win by his second-division club, Yokohama. 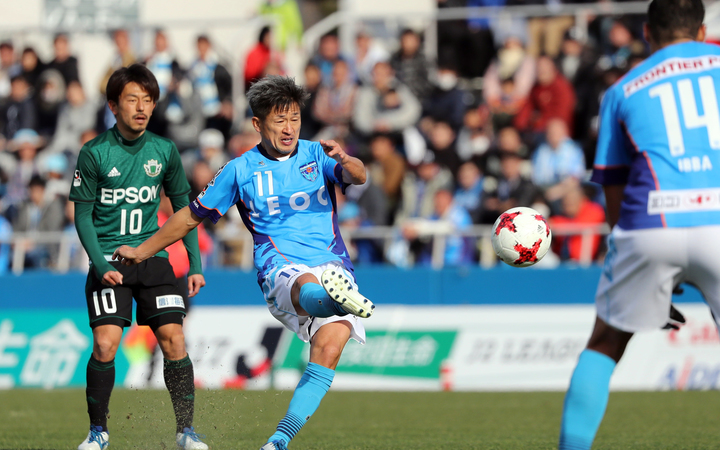 The former striker for the country's national side, who made his professional debut for Brazilian club Santos in 1986, found the net in the 40th minute of Sunday's match against Thespa Kusatsu for his first goal of the season at the age of 50 years and 14 days.

"I'm always looking to score, but I had an especially good feeling today," Miura, who is in his 32nd year as a professional, told Kyodo News.

"I had the vibes of a goal. I was just trying to stay positive."

Miura, whose career has also included spells in Italy and Croatia, scored 55 goals in 89 appearances for Japan between 1990 and 2000.

According to The Guardian, the previous record was held by English footballer Sir Stanley Matthews, who was 50 years and five days old at the time.

Sir Stanley scored that goal while playing for Stoke City against Fulham in 1965.