Two passenger trains have collided in Iran, killing at least 40 people and injuring 100 others. 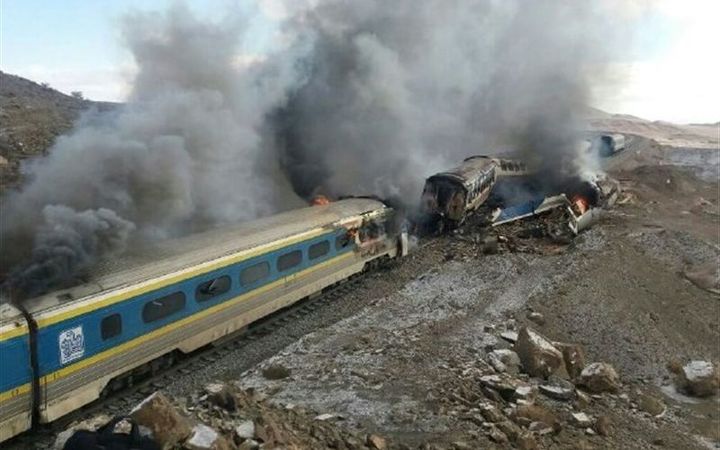 State television said the death toll was likely to rise, but details on the number of passengers on the trains were not supplied.

Four carriages derailed and two caught fire when a train that had broken down was hit by another train.

The crash happened in freezing temperatures, 250km east of the capital Tehran in Iran's northern province of Semnan early on Friday, on the main line between Tehran and Mashhad in the north-east.

The rescue effort was being hampered by the remote location, officials said.

President Hassan Rouhani has ordered an inquiry into the cause of the crash.

The head of the province's Red Crescent Hassan Shokrollahi said: "Because of the difficulty of access, only our helicopter has managed to reach the scene."

More than 70 people were taken to hospitals and the death toll was expected to rise, officials say.