Investigators have found two more bodies at the South Carolina home of a man who has confessed to killing seven people in total. 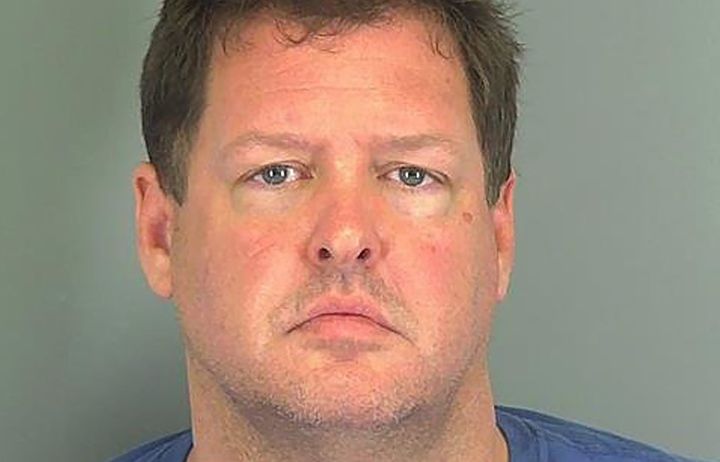 The bodies belonged to a couple who had been buried there for nearly a year after being shot, police said.

Todd Kohlhepp was arrested after a woman was found "chained like a dog" at his home south of Spartanburg.

On Sunday another body was found at his home and he also confessed to four shootings at a motorcycle shop in 2003.

Registered sex offender Kohlhepp, 45, has been charged with murder and kidnapping.

The last two bodies to be found were identified by their tattoos, officials said. Meagan Coxie, 25, and Johnny Coxie, 29, had at least one child.

Police say they do not believe there are more human remains at the property.

Kohlhepp was arrested after police, acting on a tip-off by a sex-crime investigator, visited his property last Thursday and found a woman in a metal container.

She had been missing since late August, along with her boyfriend, whose body was discovered at the 95-acre site in Woodruff, 130km northwest of the state capital Columbia, on Friday.

The woman, who was employed by Kohlhepp, a property agent, to clean houses, told officers that he had shot and killed her boyfriend in front of her.

She said she arrived at his Woodruff property with her boyfriend to help clean it when Kohlhepp pulled a gun on them, reports said.

Kohlhepp has been denied bail and is representing himself in court. The authorities say more charges against him are likely.