At least 19 people have died and thousands have been displaced after floodwaters and landslides inundated homes in West Java. 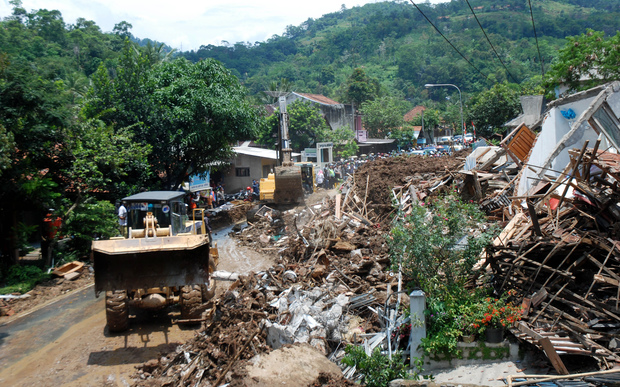 An Indonesian search and rescue team joined by volunteers removes debris from an area hit by a landslide in Sumedang. Photo: AFP

Officials say searches are continuing for another nine people.

Three of the confirmed victims were killed by a landslide in Sumedang. The others were killed in Garut, where floodwaters rose as high as two metres, AAP reported.

The first floor of Garut General Hospital was reportedly evacuated, with a spokesperson telling West Java newspaper Pikiran Rakyat that 252 patients were moved to the second floor.

While this time of year is usually drier in Indonesia, a combination of La Niña and warm sea waters has caused heavy rain.