Chad's former ruler Hissene Habre has been convicted and sentenced to life in prison at a landmark trial in Senegal. 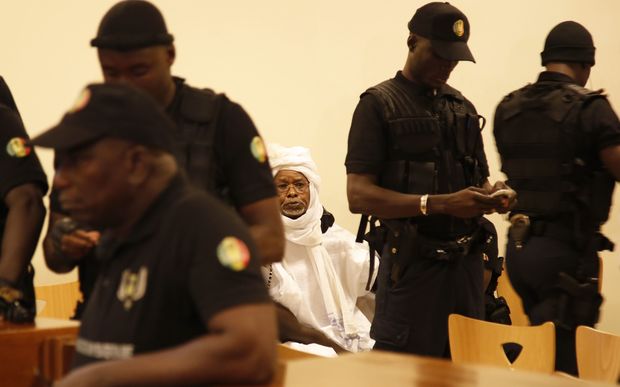 Hissene Habre is escorted in to stand trial at the Palais de Justice in Dakar, Senegal. Photo: AFP

Human rights activists welcomed the life sentence given to Habre, the former president of Chad who received strong backing from the US while in power, for crimes against humanity and war crimes.

Habre ordered the killing and torture of thousands of his political opponents in the 1980s.

He has been given 15 days to appeal.

Yamasoum Konar, a representative of one of the victims' groups, said it was a historic day for Chad and for Africa.

"It is the first time that an African head of state has been found guilty in another African country," he said.

"This will be a lesson to other dictators in Africa."

Human Rights Watch said the ruling, by an African Union-backed court in Senegal, would go down in history as the day a group of survivors managed to bring a dictator to justice.

The victims' lawyer, Jacqueline Moudeina, said it had been a long fight for justice.

"This is the reusult of hard work for over 20 years. We never stopped and we focused only on this," she said.

"This verdict brings a lot of happiness among the victims that today can see Hissene Habre sentenced for life." 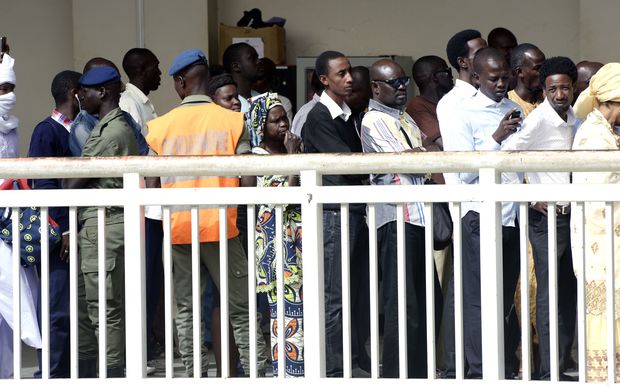 Members of the public wait at a security checkpoint to enter the Dakar courthouse. Photo: AFP

After he was sentenced, Habre remained defiant, raising his arms and shouting to his supporters as he was led from the courtroom.

"Down with France-Afrique!" he shouted, using a term which is critical of France's influence in its former colonies.

Born in 1942 to ethnic Toubou herders in northern Chad, Habre was given a scholarship to study political science in France.

He first came to the world's attention in 1974 when his rebels captured three European hostages to ransom for money and arms.

He seized power in 1982, allegedly with the help of the CIA, but was ousted by current President Idriss Deby in 1990. 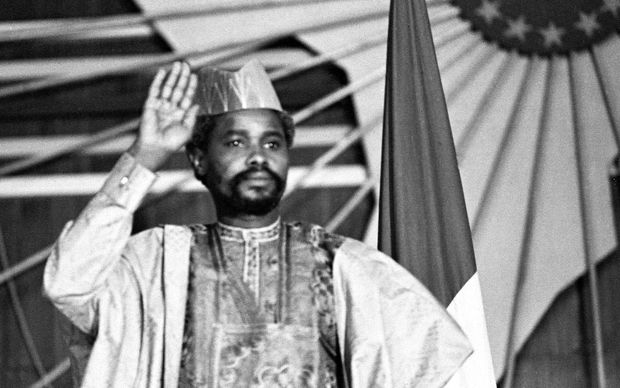 Hissen Habre during a media conference in N'Djamena in 1983. Photo: AFP

Throughout the nine-month trial, he refused to recognise the court's legitimacy, frequently disrupting proceedings.

The former president denied accusations that he ordered the killing of 40,000 people during his rule from 1982 to 1990.

His critics dubbed him "Africa's Pinochet" because of the atrocities committed during his rule.

Survivors had recounted gruesome details of the torture carried out by Habre's feared secret police.

One of the most notorious detention centres in the capital N'Djamena was a converted swimming pool, where witnesses said victims endured torture.