China's richest man has opened a massive entertainment complex to compete with US giant Disney. 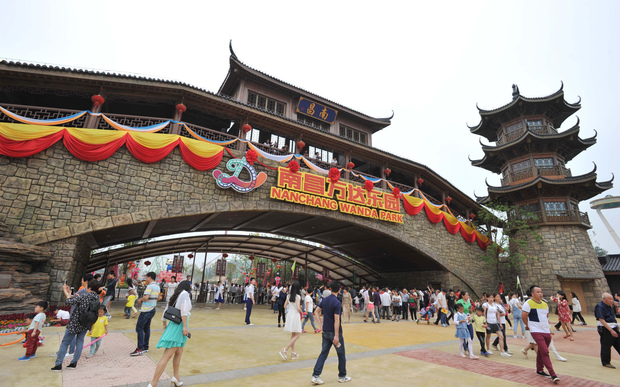 Its owner Wang Jianlin, who also owns the American cinema chain AMC and New Zealand's Hoyts cinemas, said he wanted to move away from western imports and to establish a global brand based on Chinese culture.

Disney is planning to open its own theme park in Shanghai next month.

The new entertainment complex includes an $800m China-themed park filled with twirling "porcelain teacup rides" and bamboo forests, as well as a huge indoor shopping mall, and what is claimed to be the world's largest ocean park.

It has indicated it wants to fend off Disney in the Chinese market and become a global entertainment brand.

'Craze for Mickey Mouse over'

In remarks at Saturday's opening ceremony, Mr Wang did not mention Disney by name, but said that after millennia of Chinese cultural domination, the country was lacking confidence in its own culture.

"We want to be a model for Chinese private enterprise, and we want to establish a global brand for Chinese firms," he said.

Only a week ago he told China Central Television (CCTV) that "this craze for Mickey Mouse and Donald Duck is over, the period when we would blindly follow where Disney led has been gone for years."

After the site in Nanchang, Wanda plans to open around 15 in the country by 2020.

Meanwhile Disney's theme park in Shanghai, costing $5.5bn, will be its sixth theme park and its fourth outside the United States after Paris, Tokyo and Hong Kong.