Sadiq Khan has been elected the new Mayor of London - boosting the Labour Party after it slumped to the (Scottish National Party) SNP in Scotland's local elections. 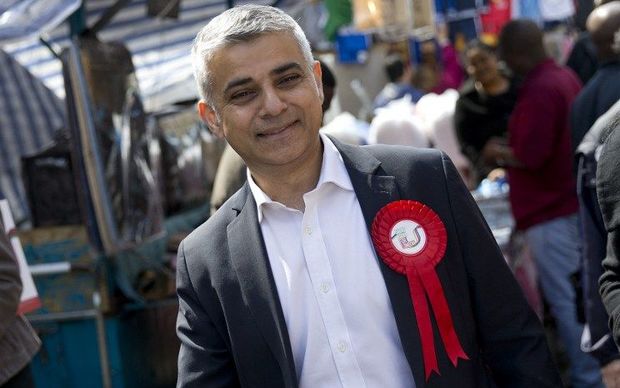 The result bolsters leader Jeremy Corbyn after Labour were beaten into third in Scotland by the Tories and lost some English councillors.

In Scotland, the SNP said it would form a minority government after winning its third election in a row.

First Minister Nicola Sturgeon is celebrating what she said was an "emphatic" victory, her first as party leader, after the SNP emerged as the largest party at Holyrood with 63 seats, ahead of the Conservatives on 31 and Labour on 24.

But she played down talk of another independence referendum after falling short by two seats of an overall majority.

In Wales, Labour remains as the largest party, with 29 out of 60 seats, but was denied a majority as Plaid Cymru and UK Independence Party (UKIP) both made notable gains. Counting is continuing in Northern Ireland.

In his victory speech, Mr Khan referred to his humble origins on a council estate and said he had never imagined that "someone like me could be elected as mayor of London," promising to be a mayor "for all Londoners".

He said the campaign had not been without controversy, but added: "I am so proud that London has today chosen hope over fear".

He added that the "politics of fear is not welcome in our city".

Mr Khan took 1,310,143 votes after second preferences were taken into account, beating Conservative Zac Goldsmith into second place on 994,614, a margin of victory of 13.6 percent. His tally gave him the largest personal mandate of any politician in UK history.

Labour leader Jeremy Corbyn led congratulations on Twitter using the hashtag YesWeKhan and telling the new mayor: "Can't wait to work with you to create a London that is fair for all".

Mr Khan distanced himself from Mr Corbyn during the campaign, pledging to freeze fares on the capital's transport network and build more affordable housing, but also promising to champion business and cut taxes on enterprise.

His victory follows a controversial campaign in which the Conservatives were accused of trying to smear Mr Khan by accusing him of sharing a platform with extremists - tactics defended by ministers but questioned by some in the party.