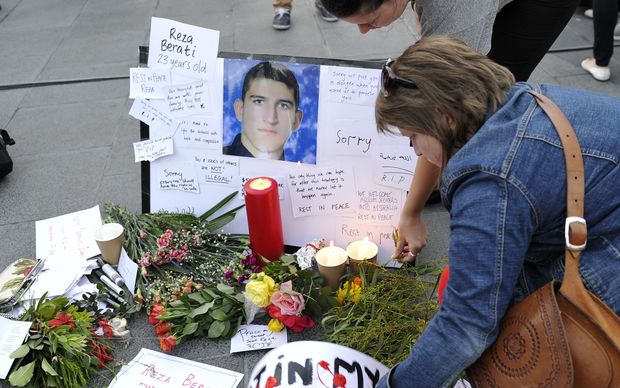 Flowers and messages of support are laid at a candlelight vigil for Reza Berati in Australia in 2014. Photo: AFP

The men, including a Salvation Army worker, were convicted of killing Reza Barati in February 2014 during a riot.

The court heard Joshua Kaluvia repeatedly hit Mr Barati on the head with a piece of wood with a nail in the end of it, before Louie Efi dropped a large rock on his head.

A senate inquiry in December 2014 found the cause of the riot in which the 23-year-old Iranian died to be a failure to process asylum seeker claims, stating the violence was imminently foreseeable.

It also found the Australian government failed in its duty to protect asylum seekers including Mr Barati.