Police in Japan have detained a 23-year-old man on suspicion of keeping a teenage girl prisoner for two years. 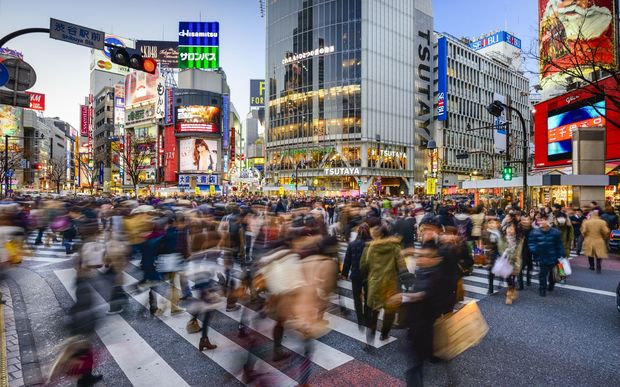 The teenager was closely watched by her alleged abductor when she was allowed out onto the streets of Tokyo Photo: 123rf.com

The 15-year-old escaped and called the police on Sunday when her kidnapper went out and left the door to his Tokyo apartment unlocked.

Police then found her alleged captor 100km away in Shizuoka region. He is thought to have tried to kill himself.

He allegedly abducted the girl in March 2014 by pretending to be a lawyer working on her parents' divorce.

Authorities issued an arrest warrant for Kabu Terauchi on Sunday after placing the 15-year-old in protective custody.

She appeared to be physically unharmed, local reports said.

Police said she had been locked in Mr Teruachi's apartment for most of her ordeal and had been closely watched by him when she went outside, NHK reported.

He is alleged to have kidnapped her after approaching her near her home in Asaka in Saitama Prefecture, north of Tokyo, and telling her to get into his car after inventing a story that her parents were splitting up.

Her mother found a note in her post box later that day, apparently written by her daughter and asking her parents not to look for her, Asahi Shimbun reported.

Mr Terauchi was found in Shizuoka Prefecture early on Monday after police received a call that a man had been seen walking around covered in blood.

He is being treated in hospital for neck injuries that are said to be serious but not life-threatening.