A ship captain is facing charges of endangering naval traffic, after blocking access to the German port of Rostock while he was under the influence of alcohol, police say. 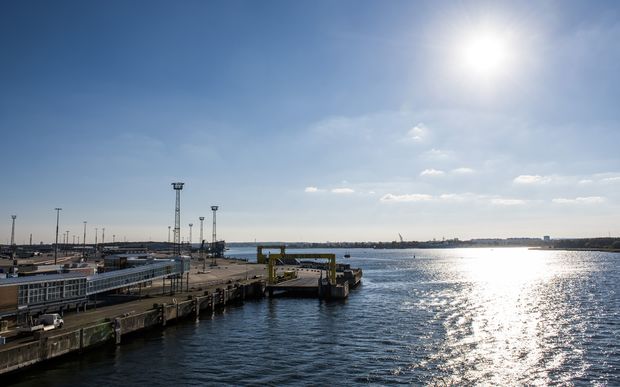 The 85-metre long cargo ship the Abis Bergen ran aground as he tried to steer it out to sea.

Police said he was "absolutely unfit for duty".

The identity of the captain has not been made public. Police said he risked causing an accident.

A breathalyser test, carried out after harbour police smelled alcohol on the captain's breath, established he was over the legal limit.

The ship was refloated using tugboats and steered back into the harbour in north-eastern Germany. There are no reports of injuries or damages.