A bird has collided with a passenger plane on its descent into Heathrow Airport, London, leaving a giant dent on the nose of the plane. 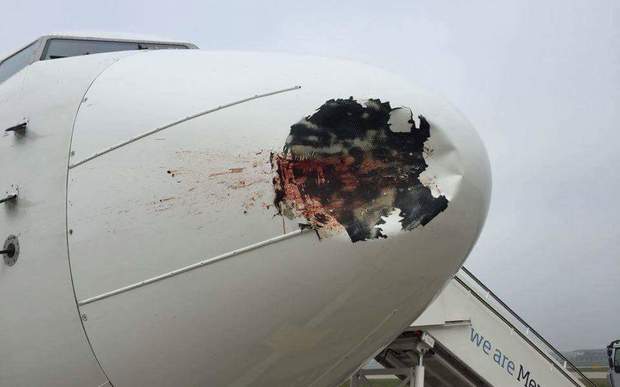 A bird struck the Boeing 737-800 on its way into Heathrow Airport. Photo: FACEBOOK

Photos of the damaged Boeing 737-800 showed blood smears and major damage to the exterior of the front of the plane.

The flight from Cairo was grounded for about 21 hours before it was able to make its return flight to Cairo, where it has reportedly remained grounded.

The aircraft, with 71 passengers onboard, landed safety, according to The Aviation Herald.

A Heathrow Airport employee posted images of the damaged plane on Twitter. 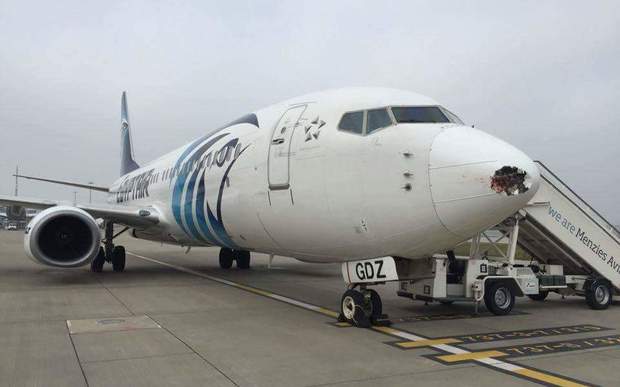 The plane was damaged when it collided with a bird. Photo: FACEBOOK