A team of Australian doctors is planning to roll out pill testing at musical festivals in New South Wales, but the state's Premier has ruled out ever supporting the move. 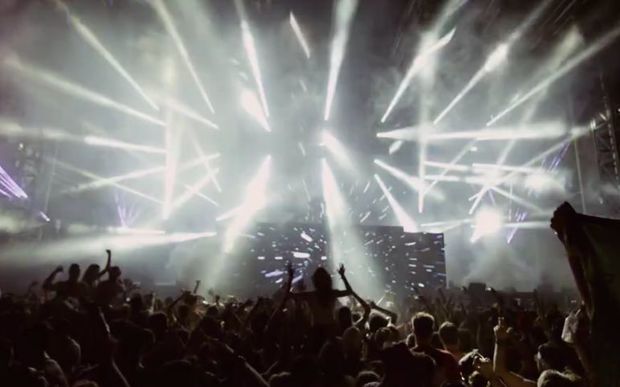 Drug Law Reform Foundation president and one of the doctors behind the plan, Alex Wodak, said the team planned to go ahead with the move with or without the support of the government.

NSW Premier Mike Baird said the method police were using to combat drug use was working.

"In very simple terms that is an absolutely ridiculous proposal," Mr Baird said.

"We're in a position that we absolutely do not support that in any way.

"There is a very safe way to go about pills and that is don't take them."

Seven people have died after allegedly taking drugs at music festivals across Australia in the past 12 months.

Dr Wodak, a physician who specialises in addiction and was involved in setting up the first injecting room in Kings Cross, said drug testing would save lives.

"People who test drugs at these events can find out that the drug that they've just bought is dangerous [and] would risk their life if they took it," he said.

"When people hear that they throw the drugs away.

"The current police policy, which relies on saturation policing with sniffer dogs, seems to have failed."

This won't be happening in NSW: Premier

Mr Baird said the government would not be condoning, in any way, what drug dealers were doing.

"That's what this is about. The Deputy Premier has made many comments about this and I reiterate that today.

"This is widely held across our party, this is a government view. This won't be happening here in NSW."

He said he would encourage Dr Wodak not to go ahead with the project.

"There are police efforts on a daily basis cracking down on these drug dealers that are trying to infiltrate our youth ... and we will continue to do that."

Dr Wodak said the group was hoping to raise $100,000 to cover testing at one event.

The money would pay for equipment, which Dr Wodak said would be of laboratory standard, and an independent review to measure whether the program had any impact on drug harms.

He said he was hoping a few generous benefactors would step up, but had a plan to cover any shortfall with a crowdfunding campaign.

Mr Baird's approach echoed that of Police Minister Troy Grant, who has previously said that there is no proof that pill testing would help the situation and the way the government approached drugs would not change on his watch.

Dr Wodak said Mr Troy's attitude showed that he did not seem to care that young people were losing their lives.

"That's deeply disappointing. There are mothers that have lost their kids from this that want this. We would hope that if he [will not] listen to us at least listen to the mothers."