A teacher at a Jewish school in Marseille will stand trial after investigators concluded he falsely reported being stabbed by Islamic State supporters.

Five days after the Paris terror attacks in November, Sylvain Saadoun said he'd been stabbed by three people, one of whom had been wearing an IS T-shirt.

"The latest forensics expertise leads us to conclude ... that the most likely hypothesis is self-mutilation," the prosecutor's office said. 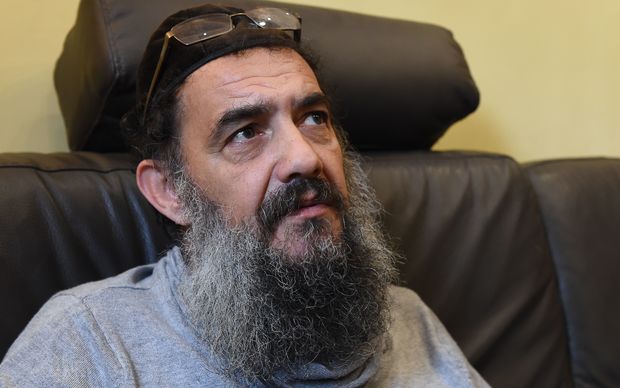 Tzion Sylvain Saadoun, who claimed in November he had been stabbed by three people. Photo: AFP PHOTO / BORIS HORVAT

The teacher's account of the events "was not corroborated by the first checks carried out by the rescue workers, nor by the forensic experts," the statement said.

In December, another teacher in a district near Paris said he had been assaulted by an IS supporter, causing classes to be cancelled and an anti-terrorism investigation. Hours later, authorities said the teacher had "totally invented" the attack.

Charges filed against the teacher were dropped due to procedural errors.

Both cases caused a stir in France as they occurred at a time of high tension after declaration of a state of emergency in the wake of the Paris carnage.

In a third case last month, a Jewish teacher in Marseille was attacked by a 16-year old machete-wielding man, who was arrested by police. That attack prompted the head of the local Jewish community to urge Jews to avoid wearing the kippa skullcap in public.