Harper Lee, the author of classic US novel To Kill a Mockingbird, has died at the age of 89. 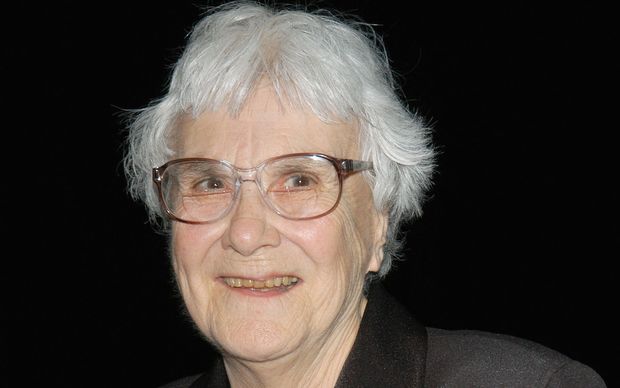 The news was confirmed by the mayor's office in her hometown of Monroeville, Alabama.

In 1960, she published To Kill a Mockingbird, which was a huge critical and commercial success and won the Pulitzer Prize for fiction. The sequel Go Set a Watchman, was only published in 2015.

To Kill a Mockingbird sold more than 30 million copies worldwide.

Lee was born in Monroeville, Alabama. She was the youngest of four children of lawyer Amasa Coleman Lee and Frances Cunningham Finch Lee.

She was a guardedly private person, respected and protected by residents of her town, rarely giving interviews.

"The world has lost a brilliant mind and a great writer," said Spencer Madrie, owner of Ol' Curiosities and Book Shoppe, a small, independent book store in Lee's hometown that focuses largely on Lee's works.

"We will remember Harper Lee for her candour, her talent, and the truths she gave the world, perhaps before the world was ready. We are grateful to have had a connection to an author who offered so much.

"There will always be something missing from Monroeville and the world at large in the absence of Harper Lee."

Rest in peace, Harper Lee. "The one thing that doesn't abide by majority rule is a person's conscience."

Harper Lee remained an enigma despite writing what has been hailed as a classic of modern literature.

To Kill a Mockingbird has been in print for more than five decades and few works have been subject to as much critical analysis and interpretation.

It has become a set book in school literature studies and regularly appears on lists of books that are essential reading.

Yet its author refused all requests for interviews and public appearances and there was surprise when, in 2015, it was announced she had previously written a sequel.

Lee's father was a former newspaper editor and proprietor, who practiced as a lawyer in the town of Monroeville.

She studied law at the University of Alabama from 1945 to 1949, and spent a year at Oxford University as an exchange student - originally intending to work as a lawyer in her father's firm.

However, six months before finishing her studies, Lee went to New York to pursue a literary career.

In 1957 she submitted a manuscript of her first novel to JB Lippincott Company. They told her it was "a series of short stories" and encouraged her to rewrite it.

Lee spent the next two-and-a-half years reworking the book, which was published in 1960. It was an immediate success, becoming an international bestseller, and receiving critical acclaim. Lee was awarded the Pulitzer Prize for Literature in 1961.

Semi-autobiographical, the novel is set in a small Alabama town, and several of the characters are drawn from life. The lawyer Atticus Finch was modelled on Lee's own father, and the character of Dill was drawn from Truman Capote, Lee's childhood friend.

Narrated by Atticus Finch's daughter, it is the story of his defence of Tom Robinson, a black man accused of raping a white girl from a poor family.

Ava DuVernay, director of the Oscar-nominated film Selma, which told the story of Martin Luther King's 1965 voting rights march, paid her own tribute to Harper Lee, quoting directly from the author.

“You never really understand a person… until you climb into his skin and walk around in it.” Thank you, #HarperLee. pic.twitter.com/8OuUiet7IL

Though he is clearly innocent, Robinson is convicted of the crime by a white jury, and shot dead while trying to escape. The story emphasises that children are born with an instinct for justice and absorb prejudices in the socialisation process.

A film adaptation of the novel was released in 1962, and won four Oscars, including best actor for Gregory Peck - who played Atticus Finch.

Lee was so impressed by Peck's performance that she presented him with her father's watch. Both her hometown Monroeville and Mobile, another Alabama city, had petitions to host its premiere. Mobile secured the prize.

She divided her time equally between New York and Monroeville, where she lived with her sister Alice, after her father became ill.

After he died in 1961, she continued living in both places for the rest of her life. She was celebrated in her home town, and local people guarded her from outside interest. Few would speak about her, beyond describing her as "a little hard of hearing, but nice".

Her cousin, Richard Williams, who ran the local drug store once said: "I asked her one time why she never wrote another book. She told me, 'When you have a hit like that, you can't go anywhere but down'. " Yet there was to be a twist in the tale...

Shunning all publicity, Lee would reveal only that she loved golf, admired her father, and planned to publish her memoirs.

Actress Reese Witherspoon, who narrated the audiobook of Go Set a Watchman, paid tribute to Harper Lee on Twitter.

She revealed it all...the glory and the fear and the hate and the beauty.
May she rest in peace. #HarperLee pic.twitter.com/3tfSEfSejx

Lee did occasionally appear in public and in 2006 she was awarded an honorary doctorate from Notre Dame University. As the degree was presented, the graduating class rose as one, held up copies of her book, and cheered.

A year later she received the Presidential Medal of Freedom from George W Bush recognising her special contribution to American life and culture.

Apart from Mockingbird, Lee had only four articles published until, in February 2015, to the surprise and delight of her millions of fans, it was announced that an unpublished novel, written before Mockingbird, was finally to see the light of day.

Lee had written it in the mid-1950s but put it aside on the advice of her editor.

Go Set a Watchman, features the character Scout Finch as an adult who has returned to her home town to visit her father.

"I thought it a pretty decent effort," she said. "I am humbled and amazed that this will now be published after all these years."

In the event, the book generally disappointed her fans and was dismissed by the critics.

Mick Brown, in the Daily Telegraph, reflected the general opinion of the reviewers.

"It would have been a greater kindness to her reputation, and to the millions who cherish To Kill a Mockingbird, not to have published it at all."

Harper Lee remained largely withdrawn from the public gaze. Even a revised introduction to a new edition of To Kill a Mockingbird had to be taken from a letter she wrote to her agent, saying that she would not write an introduction.

"Mockingbird still says what it has to say; it has managed to survive the years without preamble." 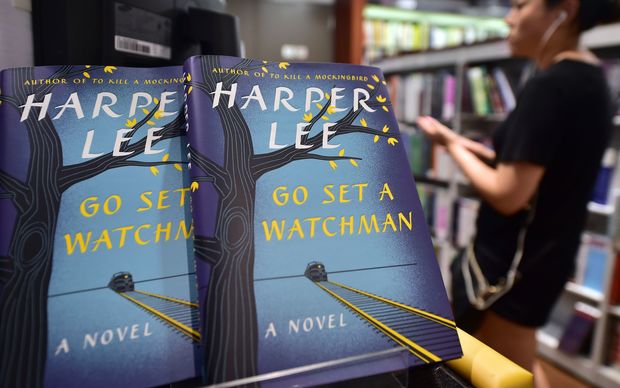 Copies of Harper Lee's Go Set a Watchman go on sale, as part of the global release, at a bookstore in Seoul. Photo: AFP