A Florida man is facing charges of aggravated assault after allegedly throwing an alligator into a fast-food restaurant. 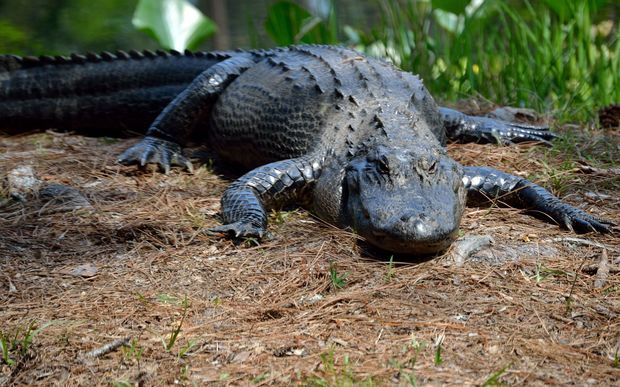 Joshua James, 23, has been accused of tossing the live animal through a drive-thru window at a Wendy's restaurant.

His mother reportedly said he wanted to play a practical joke on his friend, who worked at the place.

The animal was captured and released back into the wild.

Mr James, from Jupiter, Florida, had found the alligator on the side of a road and lured it into the back of his truck, according to an incident report by the Florida Fish and Wildlife Conservation Commission, cited by local broadcaster WPTV.

He then went to the restaurant in Royal Palm Beach, where he placed an order at the drive-thru window, received a drink and threw the 1m-long animal through the opening, the report said.

The incident happened in October but the suspect has only now been taken into custody.

He also reportedly faces charges of unlawful possession and transportation of an alligator.

His mother, Linda James, told WPTV his action was a "stupid prank".

The TV station posted a photo of the alligator - taken from the incident report - on Twitter.