Taiwan's newly elected president Tsai Ing-wen has promised she will strive to maintain stability in relations with China, which still sees the country as a breakaway province. 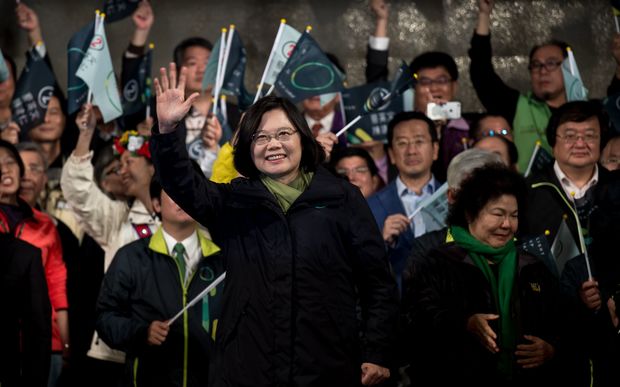 Although Ms Tsai has not made her personal stance clear, opponents say Taiwan's relations with China will deteriorate because she does not recognise the "One China" policy.

However, in her victory speech, she vowed to preserve the status quo in relations with China, adding Beijing must respect Taiwan's democracy and both sides must ensure there are no provocations.

Ms Tai promised to move past partisan politics in accordance with the will of the Taiwanese people.

She said her administration would work to maintain peace and stability across the Taiwan Strait.

China still regards Taiwan as a breakaway province, but Ms Tsai said it was the shared resolve of Taiwan's 23 million people that theirs was a democratic country.

Ms Tsai defeated Eric Chu of the ruling Kuomintang (KMT). The party had been in power for most of the past 70 years and had overseen improved relations with Beijing.

Ms Tsai's is only the second-ever victory for the DPP. The first was by pro-independence advocate Chen Shui-bian; during his time as president between 2000 and 2008 tensions with China escalated.

The election came after a historic meeting between President Ma and Chinese President Xi Jinping in Singapore in November for talks that were seen as largely symbolic - the first in more than 60 years.