A woman survived five days lost in thick Australian forest through use of "bushcraft", including building a hut, and using mud as a sunscreen and river moss to keep warm. 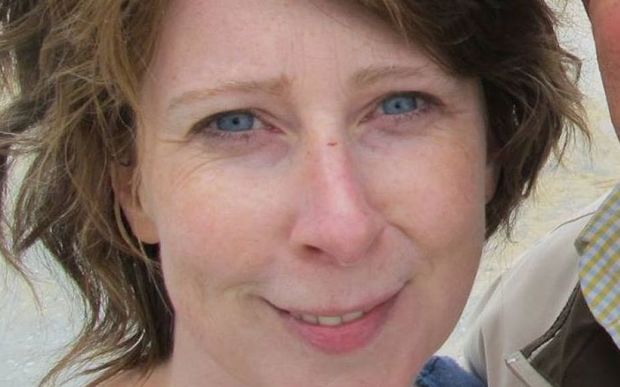 Veronique Biunkens, who is from the Netherlands, was staying at the SIBA Buddhist Centre in eastern Victoria, when she left for a walk last Thursday.

She quickly became lost in thick bushland that did not have walking tracks, but it was four days before she was reported missing to police.

Victoria Police Inspector Mark Edwards said it was the first time he had seen someone survive after being lost for that length of time.

"When they found her she was absolutely covered in mud from head to toe, and she's told the searchers she's put the mud all over her to protect herself from the sun during the day," he said.

"Her clothing was stuffed with river moss, and she's used the river moss to keep herself warm during the night. It's acted like a bit of a doona."

He said Ms Biukens set up camp near a river bed so she would have access to water when she realised she was lost.

"She found two logs that were relatively close together, and she's used some branches and leaves and bracken from the bush to make herself a little hut," he said.

"She's been very, very smart, and used some bushcraft to keep herself alive."

Ms Biunkens was found by rescuers less than two kilometres away from where she had gone missing.

But Inspector Edwards said it was a good thing she stayed in one spot once she realised she was lost.

"People always say when you start walking in the bush and you lose all sense of direction you basically end up going round in circles, and you can end up really hopelessly lost," he said.

"So stay put, don't keep walking, and if you've got shelter and water, it's probably not a bad place to stay."

Ms Biukens survived the five days on water from the creek bed but did not have any food.

Despite the ordeal, rescuers said she was doing well when she was found.