David Cameron has ruled out making reparations for Britain's role in the historic slave trade and urged Caribbean countries to "move on". 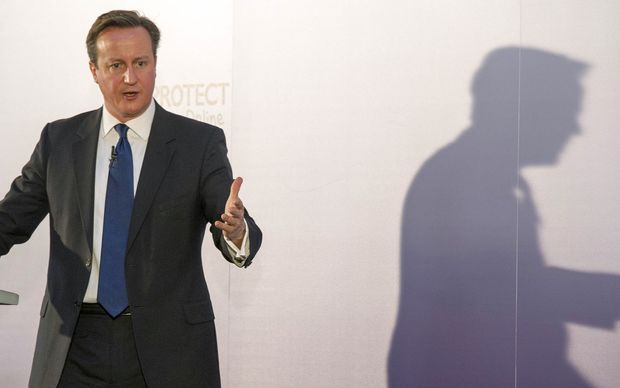 The UK prime minister acknowledged that "these wounds run very deep" during his visit to Jamaica, where he faced calls to apologise from campaigners.

He said Britain's role in wiping slavery "off the face of our planet" should be remembered.

Jamaican PM Portia Simpson Miller said she had raised the issue in talks.

Addressing MPs in Jamaica's parliament, Mr Cameron said slavery was "abhorrent in all its forms".

He added: "I do hope that, as friends who have gone through so much together since those darkest of times, we can move on from this painful legacy and continue to build for the future."

Mr Cameron also announced £25m in British aid for a new Jamaican prison and a £300m development package for the Caribbean which will provide grants for infrastructure projects, including roads and bridges.

He said his visit - the first by a British prime minister in 14 years - was to "reinvigorate" ties between the countries, and that he wanted to concentrate on future relations rather than centuries-old issues.

Mrs Simpson Miller said while she was "aware of the obvious sensitivities", Jamaica was "involved in a process under the auspices of the Caribbean Community [Caricom] to engage the UK on the matter".

During Mr Cameron's speech, a small group of protesters with placards that read "reparations now" gathered outside parliament.

The issue of former slave-owning nations compensating former colonies is a contentious one in the Caribbean, where national commissions have calculated the sums could run into trillions of dollars.

One suggestion has been that the money could be provided in the form of debt relief.

Mrs Simpson Miller told the United Nations in 2013 there should be "an international discussion in a non-confrontational manner" and its parliament had passed a motion backing reparations.

One Jamaican MP, Mike Henry, threatened to boycott Mr Cameron's speech at the country's parliament if he did not engage on the issue.

Campaigners also called on Mr Cameron to make a personal apology, saying one of his own ancestors was paid compensation for the loss of his slaves in 1834.

Bert Samuels, a member of Jamaica's National Commission on Reparations, told Television Jamaica "he needs to atone, to apologise personally and on behalf of his country".

Sir Hilary Beckles, chairman of Caricom's reparations commission, wrote in an open letter in the Jamaica Observer that the UK must "play its part in cleaning up this monumental mess of Empire".