Hundreds of mourners have attended the funeral of the British IndyCar racer Justin Wilson in an English village near the Silverstone motor racing circuit. 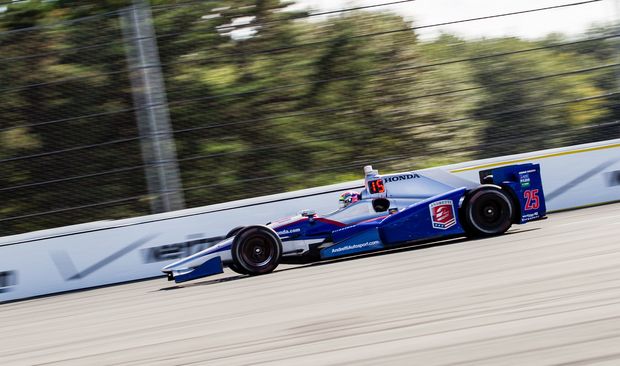 Australian Mark Webber, a former Jaguar team mate in Formula One, and the retired three-times Indy 500 winner Dario Franchitti were among the pallbearers.

Wilson, 37, died in the United States last month. He suffered serious head injuries after being hit on the helmet by flying debris from a car that spun and crashed in front of him in the closing laps of a race in Pennsylvania.

The seven time IndyCar winner, originally from Sheffield, moved to the US in 2004.

The father of two was the first IndyCar driver to die after a race incident since fellow Briton Dan Wheldon crashed in Las Vegas in October 2011.