A British Airways plane bound for London has caught fire at Las Vegas airport, forcing 172 people on board to evacuate using emergency slides. 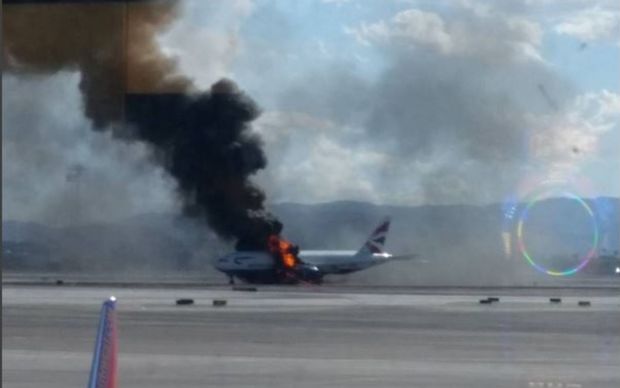 A passenger plane on fire on the runway at McCarran International Airport in Las Vegas. Photo: AFP

UPDATE 4:33 PM -- There were 159 passengers and 13 crew on the flight. Two were transported for minor injuries.

US Federal Aviation Administration spokesman Ian Gregor was quoted as saying that the plane's left engine caught fire before take-off.

The plane was seen engulfed in flames and smoke. The fire was later put out.

There were 159 passengers and 13 crew members on board.

McCarran airport said one runway was shut down, but three others continued to operate.