A man brandishing a gun, an axe and pepper spray has been killed by police after attacking people in a cinema in suburban Nashville, Tennessee. 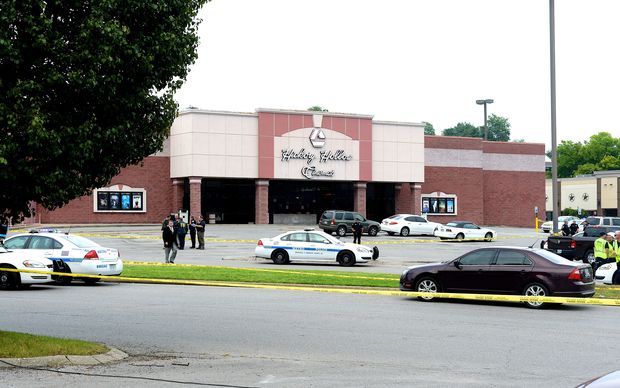 The Nashville cinema where a gunman attacked members of the audience before being shot dead. Photo: AFP

Carrying a rucksack on his chest and wearing a surgical mask, the unnamed man was shot dead as he exchanged fire with officers while trying to escape.

One person suffered a "superficial" hatchet wound and three people were treated for exposure to pepper spray.

The man has not been named but police said he was a 51-year-old local.

It is not yet clear if the gunman opened fire in the auditorium, as people watched Mad Max: Fury Road.

But he shot at police as he tried to escape out a rear exit.

The shooting comes about two weeks after a shooting at a cinema in Lafayette, Louisiana.