Pakistan's prime minister has called for emergency measures as the death toll from a heatwave in the south rises to over 700. 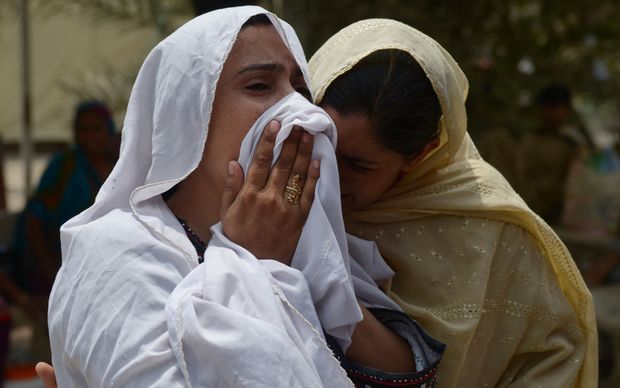 Pakistani relatives mourn the death of a heatstroke victim outside a hospital in Karachi on 23 June 2015. Photo: AFP

The army has also been deployed to set up heat stroke centres and assist the NDMA, it added.

Many of the victims are elderly people from low income families.

Health officials say many deaths have been in the largest city, Karachi, which has experienced temperatures as high as 45°C in recent days.

Hundreds of patients suffering from the effects of the heatwave are being treated at government hospitals, provincial health secretary Saeed Mangnejo said.

The demand for electricity for air conditioning has coincided with increased power needs over Ramadan, when Muslims fast during daylight hours. 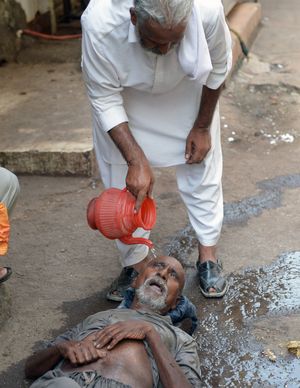 A Pakistani resident helps a heatstroke victim at a market area during a heatwave in Karachi. Photo: AFP

Hot weather is not unusual during summer months in Pakistan, but prolonged power outages seem to have made matters worse, the BBC reports.

Sporadic angry protests have taken place in parts of the city, with some people blaming the government and the city's main power utility, K-Electric, for failing to avoid deaths.

The prime minister had announced that there would be no electricity cuts but outages have increased since the start of Ramadan.

According to Pakistan's metrological office, cooler weather is forecast from Tuesday.

The all-time highest temperature reached in Karachi is 47°C, recorded in 1979.