New Zealand has the kiwi, the US has the bald eagle, France has the Gallic rooster - and now Britain has the robin. 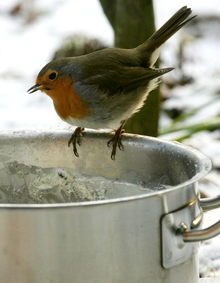 More than 200,000 people have chosen the red-breasted robin as Britain's national bird in a ballot.

With 34 percent of the vote, it beat competition from the barn owl, which came second with 12 percent and the blackbird, with 11 percent.

The campaign to name the country's national bird was launched by ornithologist David Lindo, when he realised Britain - unlike other countries - lacked a national bird.